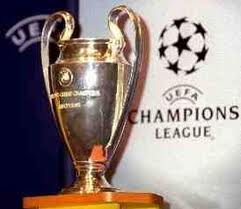 The European Cup - any away win is special

I can't believe some of the nonsense I've read and heard today. Last night Arsenal went to Marseille, to the notoriously intimidating Stade Velodrome, and won a hard-fought game 1-0 with a goal in injury-time. This was the sort of result that should have Gooners everywhere in a good mood for most of the rest of the week. Instead I've read all sorts of negative stuff about how rubbish the opposition were, and how a 1-0 win against such poor opponents is nothing to be shouting about. For God's sake! Before the game everyone, including ITV's cretinous panel (which of their muppet production team thinks it's a good idea to have Roy Keane commenting on an Arsenal game?) was saying that a draw would be more than satisfactory. And, let's be honest, nobody was saying Marseille were rubbish when they stuffed Borussia Dortmund 3-0 in their previous group game. Yes, Marseille were poor going forward last night, but Arsenal's performance was one of character and not a little defensive solidity. When was the last time an Arsenal goalkeeper had such a quiet game? The opposition might not have been great, but nor are the likes of Blackburn, Swansea or Sunderland, yet they all gave Szczesny a hard enough time. There are times when people should be proud of the boys, and last night is one of them.
If Manchester United had got that kind of result we'd have been hearing how they are so much better than us because they can win ugly, or how they can get a result when not playing their best football. Any win away from home in the European Cup is to be cherished, and a last minute bit of smash and grab has been conspicuous by its absence in recent Arsenal history.
I wouldn't say that I enjoyed the game last night, but I don't care about that. I felt, going in to injury-time, that we could have won the game with a bit more belief, or a bit more contribution from those two lazy sods out wide. However, I also felt that 0-0 would do me just nicely, thanks very much. When Ramsey scored it took me back to some of the best results in Europe from the end of the George Graham era, like the game at Auxerre in 1995 (which was actually a couple of weeks after George had been sacked, but I'm sure you understand what I mean). I think the 1,400 travelling Gooners were pretty happy as well judging by their reaction to the goal.
I've always said that I don't care about how Arsenal play football, as long as they win. I remember a game against Sheffield Wednesday shortly before Christmas in 1993 which was just about the worst I've ever seen. It rained heavily all day, and Highbury was far from full. Then, having not had a kick all day, Ian Wright went clear in the 92nd minute and got the winner. You'd have thought we'd won the Cup, such was the reaction of those still in the ground. That was how I felt last night. If we get a bit more of that kind of feeling then we might just head back in the right direction.
I can't finish without mentioning Laurent Koscielny and Per Mertesacker. I know the German got beaten once by a bit of Remy skill, but I thought the pair were outstanding last night. Koscielny has had two very good games in a row, and is bang in form heading in to the visit of Stoke on Sunday. I think Laurent has good potential (to steal a Wengerism) and has, on occasion, been outstanding. With Mertesacker marshaling the defence quite well again (he kept Jenkinson in close order again last night) things have looked somewhat better in the last two games (not perfect, but a lot better). Credit where it is due, I feel. As I said earlier, there are times when praise is necessary, and last night is one of them.