There is nothing left at Arsenal 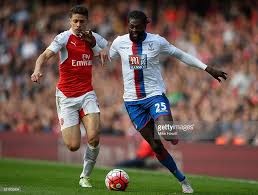 The worst bit of defending so far...

No case for the defence 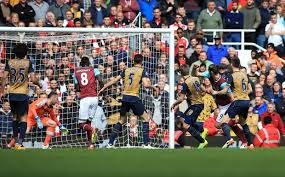 Our defenders all over the place again 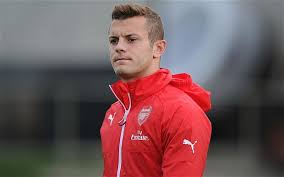 Why can't he just keep his head down?

So the tabloids are having another field day with Jack Wilshere. It doesn't matter whether he was involved in any trouble or not, the fact is that he shouldn't have been there in the first place. Jack has had his fingers burned so many times in the past on nights out with his mates. The best way to avoid this bad publicity and unwanted attention is to not be there in the first place. For some reason Jack Wilshere doesn't seem to understand that.
There are plenty willing to defend Jack and dismiss the stories. After all he's only doing what other young blokes do, isn't he? The difference for Wilshere is that he is no ordinary young bloke. He was born with a talent that the tiniest percentage of people can ever dream of having. He is paid a fortune on a weekly basis to dedicate himself to being a professional footballer. He will be a long time retired, at which time he can do all the clubbing, smoking and drinking he wants. Right now he is an Arsenal football player and he needs to understand what that means. I strongly suspect that those people claiming there is nothing wrong with Jack being out at 3am would be on a different side of the fence were it Harry Kane or Delle Alli, for example.
Jack Wilshere is the best young footballer I have ever seen at Arsenal. He was better than Fabregas, as good (at least) as Rocastle. My Dad said that he was the best he'd seen since Liam Brady came through. He has suffered too many long term injuries to have fulfilled that potential at this time. He might never come back to be as good as he was. Something about him is not right in terms of the injuries and the amount of time he spends out with them. Going out with his mates until the early hours doesn't help. When you've effectively been off sick for the last eight months I would suggest being caught outside a nightclub while someone near you is kicking-off is not the best idea. That counts whether you work in Tesco or play football for Arsenal. Jack needs to grow up, and to do it fast.

After all that misery it's time to cheer ourselves up a bit so, copied below, is something I posted in 2012 as a memory for this date: 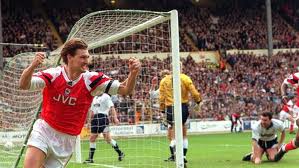 On 4th April 1993 we descended on Wembley for another FA Cup semi-final against the mugs from White Hart Lane. After what had happened two years previously we had suffered the clowns from down the road and their "we beat the scum 3-1" nonsense non-stop ever since. This was to be our day of revenge and redemption, we hoped.
Travelling up from Dover meant we were always quite early to games at Wembley, whereas the majority of Gooners (in those days, at least) being fairly local would only get there shortly before the kick-off of matches. That being the case we walked around to see the team coach arrive, even though this was at the Spurs end. Back then, for the most part, there wasn't the evil antagonism from their supporters that there is today. Obviously there was a bitter rivalry, but you could happily walk round their end of Wembley that day in your red and white shirt without having to fear a cuff on the side of your head. I remember that, as we stood there waiting for Arsenal to arrive, there was this short, fat woman with short hair and a Tottenham tracksuit standing opposite us. She was only talking to her companions, but had one of those voices that carried a long way. Frankly she came across as a right mouthy cow and typical of every Tottenham fan you've ever had the misfortune to meet. I took an irrational dislike to this woman and her loud proclamations of how we would be beaten.
When we got in the ground we found that our seats were in the second row behind those awful red "buckets" that used to form the front twenty-odd rows at Wembley (we weren't so lucky a fortnight later at the Coca-Cola Cup Final when we were two rows further forward!) When the game started there was no choice but to stand, much like away games these days. Being only 14 at the time, and quite short for my age back then, I couldn't actually claim to have had a great view.
Thinking back we pretty much controlled the game. Apart from an early shot by Samways (whatever happened to Vinny Samways?) that initially went through Seaman's hands, before he recovered to save, and a pretty lame penalty appeal against Linighan (it was outside the box in any case), we were well in charge. The odious Justin Edinburgh and Nayim combined to get Lee Dixon booked (and eventually sent-off and suspended for the League Cup Final a fortnight after) but we controlled midfield with Parlour, Selley and Hillier. Selley hit a cracking volley about twenty minutes from the end that was well saved by Thorstvedt, who also made a great save from an Ian Wright header.
There was probably some poetic justice in Edinburgh making the foul that led to the winning goal that day. I have a vivid recollection of the goal in my mind's eye. It's one of the few things I saw clearly through the heads of the taller people in front of me on the day. I can see the ball coming over and Adams getting up behind Ruddock. I can see the ball bouncing and then hitting the stanchion in the goal. I can then see the pandemonium erupting all around. I was on the end of a row and the celebrations spilled out, naturally, on to the stairwell. I remember the bloke on the opposite side picking me up in celebration (I may have been short but I wasn't "small" so that was no mean feat!) and I remember my brother throwing his arms round me as I came back. What should have been ten minutes of torture became more than fifteen. From absolutely nowhere the referee Phillip Don somehow found a ridiculous amount of injury-time. I remember, right at the death, a cross was deflected in to the six-yard box right in front of me, but David Seaman dived full length to catch it and relieve the final pressure.
When the final whistle went it was a feeling akin to winning the Cup itself. Perhaps if the winning goal in the Final had not been so dramatic then it would have been even better than winning the Cup. We enjoyed a proper Arsenal sing-song at Wembley that day, and the players enjoyed every minute. After the past two years it was a given that the Tottenham fans would get their "scum" chants thrown back with interest. As we left we realised that a number of the Arsenal Reserves were sat a few rows behind us. Among them was the cup-tied Martin Keown - yet to achieve anything like hero-status with a crowd suspicious of why he had been re-signed by George Graham - who gave me a thumbs-up as I shouted at him on the way past.
From all the highlights of that day, and that they stick so vividly with me some nineteen years later is redolent of the fact that this was the first time I'd seen Arsenal win a competitive game at Wembley (I'd seen them thrash Spurs 4-0 in a pre-season tournament in 1988), there is one that kind of sticks out further than the others. As we stood on Wembley Way among the throng trying to get to the trains etc I glanced to the right and saw that gobby cow from before the game. It must have been fated that she should be so close again among a crowd of nearly 80,000 people. My God was she silent as she stood among the smiling Gooners in her Spurs gear. My Dad turned to me and said "not so bloody mouth now, is she?" I enjoyed that.

I hope you liked that trip down my personal memory lane. I know I did. I must dig out the video of that game and watch it some time soon. Just for a bit of fun, listen to this song recorded by one of the fanzines at the end of that season as part of the celebrations.
Posted by DvbrisG at Monday, April 04, 2016 No comments: