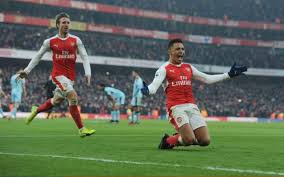 The only thing Arsenal fans on Twitter could find to argue about last night was the banner with a picture of Alexis and his pets that has been displayed inside the stadium. I have never seen so much childish nonsense from apparently fully grown adults. Whoever runs the Red Action Twitter account made a silly (childish) error in criticising anyone who doesn't like the banner and basically saying they should stop supporting Arsenal. I actually had some sympathy with other parts of the statement they posted but that bit seriously let them down. What has followed has been like a scene from a primary school playground that is more embarrassing than any perceived shame the banner might have brought on anyone. I swear at any time now someone is going to threaten to get their Dad on to the others! For my part I actually don't mind the banner. It's a bit of fun and it is totally harmless. If it makes Alexis Sanchez smile then great. Could it be a bit more humorous? Yes. Does it matter? No. I can't actually believe I've wasted an entire paragraph on this rubbish but, honestly, some people would steal the fun and oxygen out of anything and decide it's "embarrassing". Oh, and then they'll also use their sense of entitlement to belittle anyone else. Grow the f*** up!

The game yesterday was worth a massive three points after the results on Saturday. I couldn't honestly say that Arsenal played well as a team, hence the need for a 98th minute penalty to secure the win. At the same time I'm struggling to find any player in the team that played badly with the exception of Aaron Ramsey who was generally awful throughout. From back to front the Arsenal players tried hard yesterday (including Ramsey) without putting too much together. The odd chance came and went but we couldn't really trouble Heaton too much. I thought Ozil had a fine game and certainly couldn't be accused of hiding, something I often level at him. At the back Mustafi was combative and won most of his aerial battles, even towards the end when Burnley went even more direct. Gabriel was excellent at right-back, while Iwobi grew in to the game in the second-half and his beating of defenders by running at them was the only thing that genuinely threatened to open up the opposition.
I had a decent view of Xhaka's red-card challenge from the East Upper and I didn't think it was a bad tackle watching it live in the flesh. I would agree that it maybe looks a little worse when you slow it down and view it on TV. I always say, however, that the reaction of players is often a decent indication when it comes to this sort of incident. Not one Burnley player went after Xhaka, nor did they crowd the referee. Tom Heaton's face when the red card came out showed that he was a bit surprised himself at the decision made. But then this is Jonathan Moss we are talking about. He has sent-off Xhaka in both games he's refereed at Arsenal this season. I couldn't argue with the one earlier in the season, and you could make a case that Xhaka obviously needs to be more careful on the pitch as his record speaks for itself, but I think it's that record and reputation that Moss judged him on yesterday. Moreover I believe that Moss is not merely an incompetent.
On the subject of incompetence the linesman on my side of the pitch yesterday was truly awful. The TV channels have highlighted that Koscielny was offside when Alexis crossed the ball in the move that ended with our penalty, and Sean Dyche has called for video to be used to stop these errors. I couldn't agree more. After all, if we'd had video evidence in use then we'd have seen at least two occasions in the first-half where Burnley players were offside yet the same official missed it. We'd also have seen Arsenal given a penalty when Mustafi was fouled in the area, right in front of the same linesman. You see, Mr Dyche, video evidence might have meant Arsenal didn't get their 98th minute winner, but it would also have seen Arsenal probably 2-0 up with before the end of the game.
The bottle of Alexis is astounding. He had missed his previous penalties for Arsenal and they had been pretty awful efforts in to the bargain. To step up in the situation we were in yesterday and chip the ball like that was as ridiculous as it was brilliant. Those are the moments we go to football for. The reaction of the crowd, the feeling it gives you to see that goal go in, is something you can't truly get unless you're in the stadium. I don't get there often enough theses days, but endings like Alexis gave us yesterday make it a great thing when I can be there in person.
I don't honestly think Arsenal will win the Premier League this season, but that goal means we've as good a chance as anyone except Chelsea. Before kick-off yesterday that had to be the objective and that's what was achieved, one way or another.
Posted by DvbrisG at Monday, January 23, 2017 1 comment: 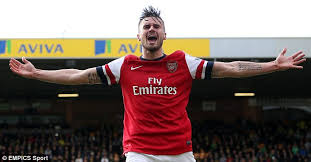 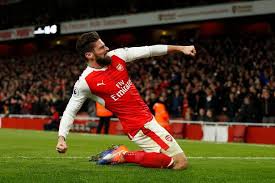