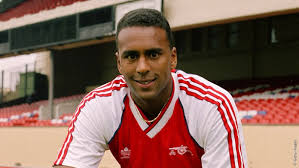 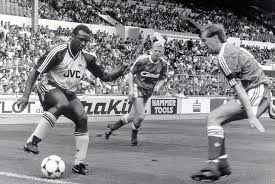 The only reason I'm an Arsenal supporter 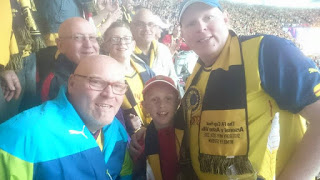 My Dad is 75 today. Happy Birthday Dad! He is the sole reason I'm an Arsenal supporter. I was born to it, educated in it, and immersed in it. So were my two brothers, my nephew and my sons. The fact that his grandsons are Freddie, Liam, George and Charlie probably tells you a bit about how our family is with regards to Arsenal. Dad has been to every final Arsenal have played in since 1968. He is, as far as I'm concerned, the ultimate Arsenal supporter. He was also a very good footballer in his own right, and played to a high level in the amateur game, so he genuinely knows what he's talking about. When it comes to Arsenal he is really THE MAN. He has made genuine friends all over Europe through following The Arsenal and that's the measure of the man and the Club we all support.

Five years ago I wrote one of my two favourite blogs ever, all about my Dad, so I thought I'd share it again today - please click the link here to read it.
Posted by DvbrisG at Monday, March 27, 2017 1 comment:

Impostors to the shirt 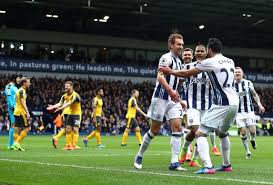 That idiot Mustafi in familiar pose