Charlie and Eddie talk Arsenal, then and now 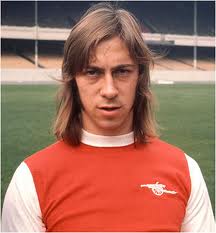 
Last night saw the annual Dover Gooners Legends Dinner take place. Former Captain Kenny Sansom had been booked to appear but had to cancel at short notice. The 200+ Dover Gooners did not go disappointed though as Charlie George and Eddie Kelly reprised their Wembley Double-act (see what I did there) from May 8th 1971. We've been fortunate enough to hear from both men at past events, but last night saw something a bit different with the great men reminiscing on their careers at Arsenal, as well as being questioned on their opinions of the current problems we face.
I should mention first that the annual event takes place in order to raise money for the Dover Gooners' chosen charity, which is Bob Wilson's Willow Foundation. Once again those present contributed to a total of £2000 for Willow. Please follow the link for more information on this most worthy of charities. There was also a seperate donation raffle held to raise funds for one of our own members who has been struck down with Motor Neurone Disease at a young age - this also raised the best part of £500. A big thanks is due to all those present who contributed to such excellent fund raising endeavours.
This year's event was also held in association with Gunners Bergamo, celebrating the tenth anniversary of their long-standing friendship with Dover Gooners - it was a pleasure for our supporters club to present Teo and Roberto with a special memento of their visit. Arsenal Football Club was, as ever, represented by Supporters Club Liaison Officer, Jill Smith. 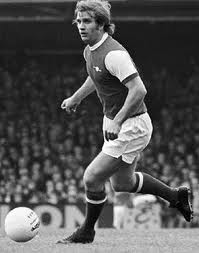 Spending time in the presence of any Arsenal legends is always a pleasure. Eddie and Charlie, of course, were the two goalscorers from the 1971 FA Cup Final. Forty years on Charlie describes that match as the "best of his career." He is quite certain that Arsenal should have won the game by three or four goals without the need for extra-time - if you watch the match you will be hard-pushed to argue with that. Eddie was also keen to tell us that Leeds were "nasty" and that he "hates anyone that plays for Tottenham" (which got a big cheer from those present). What comes across more than anything when you speak to the two men is the respect and admiration they had for Frank McLintock. Charlie makes no secret of the fact that he and Bertie Mee disliked one another, but he clearly loves Frank, and describes him as "our great Captain." Both men, despite their legendary status at the Club, were discarded in bad circumstances. Charlie was allowed to leave for Derby with what should have been his best years still to come. Eddie, meanwhile, was relieved of the Captaincy of Arsenal so that it could be handed to Alan Ball (don't let the pictures of the Captain's in the Stadium fool you - they are in the wrong order). Regardless of this they both love Arsenal. Charlie, of course was the local boy made good, while Eddie came to London as a teenager and grew up as an Arsenal boy.
Most interesting in their observations of the current team is their support for Arsene Wenger. I feel that they are keen to adopt the Arsenal siege-mentality, but both men stated clearly that Arsene is the best man for the job. As regular readers will know I am not necessarily one to agree with that, but these men know far more about football than I ever will, so who am I to argue? Charlie was particularly bullish in his defence of Arsene Wenger, citing the things he has done and the players he has brought to the Club. At the same time, Eddie was clear that he did not believe this squad capable of winning trophies. The thing they both were adamant about is that Arsene will turn things around, and must be given the time to do so. Charlie George cited the fact that Jack Wilshere and Thomas Vermaelen are injured, and that Abou Diaby is also out - Diaby gets plenty of stick, but the ex-pros clearly see something special in the big man.
Eddie and Charlie were asked, predictably, who the best players they played with were. Both men were quick to answer that Liam Brady was that man. If you bear in mind that the pair would have only had that privilege very early in Brady's career (though Eddie was around for a couple of years after Charlie) then perhaps it is an indication of just how good Brady was. I am too young to remember Liam Brady at Arsenal, but he must have been damn good - my Dad describes Jack Wilshere as the best youngster to come through at Arsenal since Brady, so maybe I'll still get to see a great left-footed midfielder before too much longer. Charlie also believes that Jack will be the man for Arsenal, while Eddie has been particularly impressed by Alex Oxlade-Chamberlain.
Every speaker we have had at Dover has stated that Dennis Bergkamp is the finest player they have ever seen at Arsenal. I already knew that Eddie and Charlie were of this opinion, but the way they talked about the great man last night just underlined how good he was. Charlie named his best Arsenal team for us, and he described Dennis as "the governor of them all" (incidentally it was Jennings-Dixon-McLintock-Adams-Sansom-Rocastle-Vieira-Brady-Henry-Wright-Bergkamp, with Pires as his one substitute). If bona-fide legends can be in such awe of a player like Dennis Bergkamp then it must say something.
A lot of players from yesteryear seem to denigrate those who have come along after them. This is not so with Eddie and Charlie. They were asked who would win a game between their Double winning side and the Invincibles. Eddie Kelly was unequivocal in his answer that the Invincibles would win such a game (though the injury crisis has him in mind of comeback!) Eddie spoke about the qualities of his 1971 team, and the hard working players they had, but that the Invincibles had top footballers. Charlie put it that the Invincibles had 11 "great" players, and that they were "the best Arsenal team ever" - nobody in the room seemed to be disagreeing.
Ultimately Charlie George and Eddie Kelly are Arsenal fans, just like you and me. They feel the pain that we're all suffering right now. Having been players they have a better insight in to things than we could ever have. Their closing sentiments last night were to stick by the players, and stick by the Club. The message was that Arsenal will come good again, and loyalty is what is most required from the fans.
It was a most enjoyable evening and Dover Gooners is indebted to Charlie and Eddie for stepping in at such short notice. They appreciate the supporters, and their enthusiasm for Arsenal, and the obvious enjoyment they get from talking to us, fills you with pride in The Arsenal.


The blog should be getting back to something approaching normality from now on as I have finished the training course that was preventing me from having time to do this on almost every weekday. The international break will, no doubt, still keep things slow for a few days, but hopefully the output will be far more consistent from here on. Thanks for your forebearance.