Wenger: Is he taking the p*** out of us? Why the delay in confirming Gervinho? 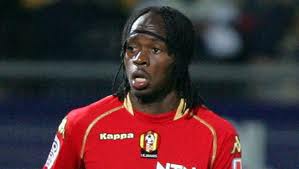 Gervinho - what are they waiting for?
I am fuming. I am fuming because I have just read the latest missive from Arsene Wenger on the official website. Cast your mind back to the end of the season. I may be mistaken but I seem to remember Wenger telling us that this would be a busy Summer for Arsenal in the transfer market. We were given the distinct impression that the penny might have dropped at last, and the dead-wood was going to move on while a number of quality new players would be added. Most of us expected to lose Fabregas, Clichy and Nasri, but it wouldn't matter too much if serious investment was made to replace them and strengthen as necessary. Here we are six weeks on and we have sold Clichy and signed a kid from the third division (and one signing as yet unannounced - more below).
The most infuriating thing about this latest nonsense from Wenger is the "hope" that we can bring in "one or two more quality players." Then there is the George Graham style quote of "we want to find the quality we need." Get me a pen and paper, Arsene, and I'll start making you a f***ing list.
Does he truly believe that we need only "one or two" quality players? It seems clear now, with the squad about to fly to Malaysia and China, that nothing is changing at Arsenal. Once again Wenger has allowed the dust to settle, in his view, before reverting to type and refusing to address the deep problems within this Arsenal team. I have tried to ignore the lack of action in the transfer market (unsuccessfully it should be said) and this disgraceful interview given by Wenger has caused me to snap. It is clear that nobody on the board is giving him the hurry-up, which confirms all we need to know about his all-powerful grip on Arsenal. I'm sick of the apologists that tell you the season is still a month away, and the transfer market only opened one week ago - is there a bigger load of bull**** than that? Just because the window has only just opened doesn't mean that you can't have got your business done beforehand - just ask Manchester United and Liverpool. We've suffered much frustration as Arsenal fans in recent years with Wenger's refusal to spend our money (and make no mistake, it is our money, not his) but I am sinking to new depths this year. On Tuesday the players take part in their first game, and yet there is nothing different from the end of last season. It is an absolute disgrace and Wenger is responsible.


On the subject of lack of activity I can tell you that Gervinho's deal is done with the player. The Ivorian had his publicity shots, with the Arsenal shirt, taken on Wednesday. So why have the Club not announced it? Is there not a full agreement with Lille? Given that there is such frustration, and this has been acknowledged by Wenger today, Arsenal should be making this deal public and assuaging the anger of a lot of the fans. I doubt very much that Gervinho will fit the criteria of a "quality player" but as we're in straw grabbing territory I'll take anything right now.
Posted by DvbrisG at Friday, July 08, 2011