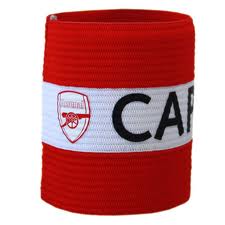 Time to remove it from Fabregas
Cesc Fabregas is not going to be involved in Arsenal's friendly with FC Cologne tomorrow. He will also not be involved in the short training camp which will follow. Arsenal claim that this is due to the ongoing nature of the "injury" that kept him out of the trip to China last week. Do they think we're all stupid? There is no way that Fabregas is injured. The only reason he is not involved is due to the Barcelona situation. It is time for the Captaincy of Arsenal Football Club to be given to someone else. We can not have a man with no desire to be here leading our Club anymore. Van Persie and Vermaelen are waiting in the wings and a decision should be taken now to promote one of them - let everyone know how important an honour it is to be the Arsenal Captain.
Even if he stays at Arsenal there is no way Cesc can be ready for the start of the season, unless Wenger wishes to make his pre-season preparations a mockery by including a player that has taken little or no part (he did it at Anfield last season with Alex Song). Frankly, with no end in sight to this situation (and that is not the fault of the Manager, or anyone else at Arsenal) and the lack of much needed additions (which is most definitely the fault of the Manager) we are in complete disarray right now. It is difficult to remember a Summer of such frustrating discontent since Bruce Rioch was dismissed on the eve of the season (we had lost every pre-season game and signed only John Lukic as the new campaign approached).
Elsewhere in the squad there is still no place for Bendtner, Almunia or Eboue. Arsene has spoken specifically of Manuel and Nicklas but it seems they are no closer to being shipped out. Eboue, meanwhile, seems simply to have disappeared without trace for the time being. Also out is Abou Diaby and the Manager has told us he has been written off for all of August. How about we write him off for the rest of his career and pay up his contract in full? If anyone can tell me what Abou Diaby is still doing at Arsenal then I would like to know. There are very few of the current Arsenal team I have genuine warmth for. There are some whom I actively dislike, and Diaby is one of them. On his day he can be top class, but he is too often disinterested, and even more often simply unavailable due to injury. I would suggest that most of Diaby's injury issues stem from the horrific leg-break at Sunderland in 2006, but we have now been carrying him for too long. It was largely accepted that Eduardo had to move on last Summer as he couldn't really recover, so why the hell hasn't it happened with this waste of space?
Young Guns Blog reported earlier in the week that Benik Afobe was likely to travel to Cologne after being pulled out of the Reserves win at Hastings on Tuesday evening. However there has been no mention of this from Arsene Wenger. Afobe had a successful loan spell with Huddersfield last season and was prolific in the youth set-up alongside Chuks Aneke. I wouldn't mind seeing him get some opportunities over the next couple of weeks as we head towards the Newcastle game.
Among those definitely travelling will be Gervinho, who should make his debut in Germany, and Lukasz Fabianski. This is a big few weeks for the Pole. If Szczesny starts as the number one, as we would expect, I can't see Fabianski sitting on the bench for too long. I am also concerned by any goalkeeper that has suffered a serious shoulder injury and been out for six months as a result. Fabianski showed massive improvement last season, and won us matches at Wolves and Everton with some superb saves. However, he still seems to lack a certain confidence and, more importantly, the defence seems to lack confidence in him. That is not a cocktail that will often lead to success.


The game is live on Arsenal Player, and on ESPN, tomorrow afternoon. I will be trying to avoid the result and watch it "as live" when I get home from work tomorrow evening. My nephew is leading the Arsenal team on to the pitch tomorrow and has been very excited about the whole prospect since he found out a couple of weeks ago. I hope he proves to be a lucky mascot. I also hope he tells Wenger to get off his backside and make some bloody signings this week - if the advertising strategy is anything to go by Arsenal need some new faces to sell the tickets for the Emirates Cup next weekend. I'll try to post a match review late tomorrow night.
Posted by DvbrisG at Friday, July 22, 2011