Stop believing the lies you read my Gooner friends 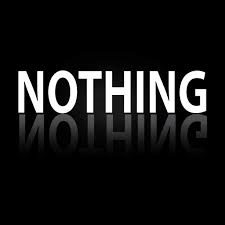 This is what the journalists really know about Arsenal FC

I wanted to get this written yesterday but I didn't have the time due to work. Frankly I'm fed up of reading and hearing the rubbish spouted by journalists and then re-hashed as a statement of fact by anyone and everyone on the internet. I'm not talking so much about transfer gossip as the whole "my sources" nonsense by those who claim to be well connected.
On Monday evening the journalist Amy Lawrence went on BBC Radio 5Live to tell the nation that Ivan Gazidis and Arsene Wenger are at each others throats over the lack of spending this Summer. Lawrence is, apparently, an Arsenal supporter. She began her journalistic musings writing in the Gooner fanzine, I believe, before becoming one of those wonderful football "experts" who has never played football at any level, but yet spurts out rubbish in the honest belief they should be deemed as an Oracle of some sort. If you've ever heard Amy Lawrence talk about what it means to be a fan of Arsenal you will have heard single cliché ridden quote you could possibly shake a stick at. I find the woman nauseating, and her writing on the game is abysmal as far as I'm concerned. I would also add that I don't like anyone who claims to be an Arsenal supporter taking advantage of a nationwide platform to come out with the sort of inflammatory story that could cause the Club a problem.
Naturally her comments caused the usual outcry on Twitter. She was lent "credence" by Tim Payton of the Arsenal Supporters Trust who claims he "hears" the same things as Amy Lawrence, and that Wenger and Gazidis have fallen out. Indeed, according to Payton, Ivan has been talking in these terms publicly. So publicly that you haven't heard of it before, obviously, or since. But then you and I don't have the same connections that a luminary like Payton has. Tim Payton has, through his role with the Trust, allowed himself to be set up as a spokesperson for Arsenal supporters. Let's make one thing clear right now: He doesn't speak for me, nor for 99% of other Arsenal fans (in fairness he is at pains to point out he is the mouthpiece only for the Trust, but he seems happy enough with the perception in the media). Across the course of this Summer he has become an even bigger annoyance to me than Arsene Wenger with the way he has preached to Gooners about the need for "patience" over transfers while giving everyone the impression that he might have the ear of important people at Arsenal.
Amid all the hullabaloo on the internet over the Lawrence story I read a Tweet from a member of the Arsenal staff in which he lamented the "rubbish" he was reading on his timeline, then describing it as "jackanory". This individual works alongside the squad and Arsene Wenger on a daily basis. He has also just come back from the Asia Tour with both Wenger and Gazidis. Of course he is highly unlikely to know anything about transfers until they are in the can, but he was pretty well placed to know if the CEO and the Manager are on the brink of civil war.
Payton had described Amy Lawrence as "usually well informed" over the issue on Monday evening. When I pointed out that a genuinely well placed member of the Arsenal staff dismissed it as rubbish he told me that employees of the Club hadn't said such things. He actually cut me dead with his dismissive response. Well, I beg to differ, Mr Payton. Maybe I should wear a stupid red and white rosette and stand outside the AGM talking to Sky in order to self publicise my bid to bag a place on the Arsenal Board. It seems that's the method being employed.
This story of a rift is so well known and publicly spoken about that no other newspaper or outlet has run with it. That leads me to conclude that it is simply not true, and has been fabricated or embellished by Amy Lawrence to further her career in some way by "knowing" the workings of Arsenal Football Club. I don't doubt that there is discussion between the two men, and that they might not necessarily agree on what is the way forward, but to suggest a rift seems like nonsense to me.
The fact is that I've had enough of the lies from these media people. They know as much about what goes on behind the scenes at Arsenal as you and me - absolutely naff all. The only people who genuinely know what's happening at the Club are Arsene Wenger and Ivan Gazidis. I'm not saying the situation at Arsenal appears particularly healthy, but that's another story entirely. Anything else is conjecture. And I'm sick of it. If you believe in it at all then you must be crazy. Don't swallow the lies.
Posted by DvbrisG at Wednesday, July 31, 2013