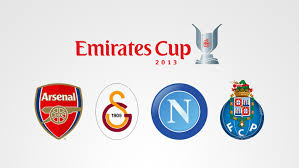 A bit of action for the home fans

Ian Wright has been taken on again by the BBC. This time he will be co-presenting the Sunday night 6-0-6 show alongside Kelly Cates (formerly Kelly Dalglish). I'm not too sure why they haven't given the pair the flagship Saturday evening show as they'd be a far more listenable duo than Mark Chapman and the cretinous Robbie Savage. Frankly any programme with Robbie Savage on it should never make it to air. I'm quite looking forward to hearing Wrighty on a Sunday, as long as he realises he needs to practise what he preaches - he has already said the show is about "the fans", so let's see if he can remember that when he starts shouting the odds.
As part of Wrighty's contract it would seem we might get some output from him via the BBC website as well. Sadly, if his weekly column in The Sun is anything to go by it won't be great reading for Gooners. Today he has started having a pop at the Club already. He rightly states that we need signings, top signings, to compete (thought I wouldn't agree we're quite in the dire straits he claims we are with his list of weak positions). However, he then goes on to say that Luis Suarez would be making a mistake by joining Arsenal. I couldn't quite believe what I was reading. Here is Ian Wright, Arsenal legend, self-proclaimed Gooner, telling our number one transfer target to go and join a better Club than Arsenal. Then Wright wonders why a lot of Arsenal fans give him stick. Could you honestly imagine Thierry Henry coming out with that kind of tosh?
Those with a sharp memory will recall there was another occasion when Ian Wright told one of Arsenal's transfer targets to go and join someone else. On that occasion it was his son, Shaun Wright-Phillips, who was advised to sign for Chelsea instead. It wasn't a great career move, was it? After all, it cost him a place in the World Cup squad the following year, and he spent most of his Stamford Bridge career getting splinters in his backside. I hope someone can let Luis Suarez know that Ian Wright doesn't often give out the best careers advice.
It's Emirates Cup weekend and that means that the home supporters get their first views of the new Arsenal squad (cough). At least they'll get to see Gonzalo Higuain making his debut, albeit not for Arsenal but against them instead. I do hope there are no fools out there planning on barracking Higuain - he didn't "choose" Napoli, Arsenal chose not to meet Real Madrid's valuation. If you want to give anyone stick over Higuain not becoming an Arsenal player then aim it at the Arsenal dugout. For what it's worth I can see Higuain wanting to make something of a point tomorrow, and I wouldn't be surprised to see him give our defence a tough time. The man is a finisher supreme and I fully expect him to score against Arsenal.
I believe both days have now sold out, which comes as a slight surprise. I suspect a lot of the tickets have been snapped up by the Turkish contingent living in North London. I'm not going to rake over the coals of the invitation afforded to Galatassaray again. I expressed my dismay at the whole episode in this piece some months ago.
It says a lot about those that run the Arsenal website that they have focused much of the attention this weekend on the return of Emmanuel Eboue. These cretins are so out of touch with the supporters that they think we all love Eboue. He has been set up as some kind of modern day Perry Groves. I suppose they are similar in a way - neither of them were very good. I actually admire Eboue for the way he recovered from his treatment at the Wigan game when he had to be taken off for his own good. However, he soon returned to the annoying, ineffective, diving fool he had been before. Lest we forget, Eboue was so bad that even Arsene Wenger had to sell him in the end. He wasn't much different towards the end of his Arsenal career to Andre Santos. Even today the official website have got Jack Wilshere singing Eboue's praises. It's really quite frightening. One thing about Perry Groves was that his effort for Arsenal could never be questioned. Perry was and is a Gooner. Eboue was just a joke for the most part.
In the Title for this post I've put "Emirates Cup Preview" but to be honest there isn't really anything to preview from an Arsenal point of view. The squad is pretty much as it was, at the moment, in terms of who we'll see when the season actually starts. Yaya Sanogo might make his first appearance at some point in the weekend, and Santi Cazorla will probably get a run-out of some sort. Gedion Zelalem and Serge Gnabry (and Damian Martinez, with Szczesny still struggling) are still around the first-team and I expect them to be involved too. Apart from that it's nothing much to report. I hope that those in attendance get entertained by a couple of Arsenal wins - the winning habit is a nice one to have, as I've stated before. I also hope things pass off peacefully, but I suspect they may not. I don't have BT Sport so I don't know if I'll get to see any of the action.
I'll try to write a brief post at some point on Sunday evening in order to round up the weekend. Until then, let's hope Sanogo out performs Higuain.
Posted by DvbrisG at Friday, August 02, 2013