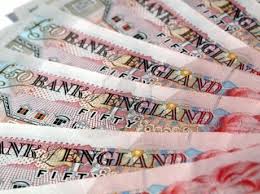 Still burning a hole in the pockets of Arsenal FC

Arsenal's inactivity in the transfer market is as predictable as it is annoying. When Gazidis told us we had the money to sign the big names at the end of last season I wrote on this site that I'd believe it when I saw it. It's now July 8th and Arsenal have yet to spend a single penny on new talent. The newspapers have lied about links to players, as they do, while also talking up the players who we are quite clearly showing some genuine interest towards. The fact that we are still waiting sadly shows up the fact that Wenger still refuses to pay the asking price for players, while Gazidis and his assistant Dick Law are completely clueless when it comes to dealing with real football transfers.
Two years ago Wenger and co prevaricated over the transfer of Juan Mata. First of all they missed a deadline to meet a release clause in Mata's contract, and then took so long over completing a deal with the player that Chelsea stepped in and snapped him up instead. Mata is now one of the THE stars of the Premier League. He should be the fulcrum of Arsenal's midfield rather than Chelsea's. Thanks to our management team at Arsenal we missed out on another exceptional talent. I am no fan of David Dein, but what nobody can deny is that he went and did the business and got the players we wanted - Wright, Bergkamp, Platt, Campbell and any number of others were signed by Dein with the minimum of fuss. Gazidis and Law are amateurs when it comes to football, and the Manager has singularly failed to change his philosophy in order to realise Arsenal's ambitions in the transfer market.
The current saga involves Gonzalo Higuain. Such is our inability to get deals completed that it has now dragged on for two months. Furthermore, because Arsenal seem incapable of working on more than one player at a time we are also seemingly not going after other players to strengthen other weak areas of the squad. This lack of players coming in is just an embarrassment. We are Arsenal Football Club, one of the major names in World football, yet we behave like a bunch of penny-pinching paupers when it comes to signing players.
It looks like we're getting no closer to tying anyone up. The players are back in pre-season training, supposedly preparing for the new season. Would it not be better to have the new squad (minus the two Spaniards, of course) in place for training? What is the point in pre-season if you're going through it without you're new players in place? Further to this is the fact that the money-grabbing tour of the Far-East begins on Thursday. That being the case Arsene Wenger and Ivan Gazidis will be on the other side of the globe for the next two weeks, so who are we likely to be signing in that time? Every day of inactivity infuriates and frustrates the supporters further. We've been through this year after year, ever since we left Highbury and it gets more frustrating every Summer. We have become an embarrassment and that won't change until the big bucks are spent, rather than hoarded in the bank of Kroenke and Wenger.