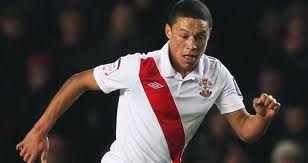 Oxlade-Chamberlain - now an Arsenal player it seems
So Alex Oxlade-Chamberlain is about to sign on the dotted line for Arsenal. The mass-media are reporting that the youngster is having his medical. Arsenal have not commented as they stick to their policy of saying nothing until deals are concluded (a frankly ridiculous policy given the blanket coverage of football news).
The pro-Wenger league will, no doubt, take this as Arsene being good on his word and providing us with some "good news soon" with regards to a signing. The trouble is it's not quite the signing most of us would be looking for. Let's be honest here, we're not exactly short in wide areas of the field, are we? I suspect Chamberlain's arrival will see Vela or Miyaichi (or both) heading away from the Club on loan (or maybe permanently in Vela's case - he was absent on Saturday). I would still hope that at least one central defender arrives before the weekend. Given that Gary Cahill is actually at London Colney for the next couple of days I see no reason why a deal couldn't be done there very quickly - as long as the reddies are stumped up by Arsenal. You would have to think that, if there is the best part of £10m lying about to sign a kid from Southampton, there must be a couple of quid left to strengthen in areas where players are actually required.
I don't doubt that this is a very talented 17 year-old. Unfortunately we're not really in a position where another unproven youngster is going to set the pulses racing, or be a cure for the many ills in this squad. Yet again, as with the Jenkinson arrival, Chamberlain's signing is going to met in a pretty lukewarm way by most Gooners. That is a shame for him, and a shame for us. I've said in the past how a new signing should be a cause for celebration and optimism, but Arsenal are currently shopping in the third division and that is a real concern to me. I hope Alex Oxlade-Chamberlain turns out to be a real revelation, but time and patience is not something currently being afforded to anyone at Arsenal.
I've seen the new boy on telly a few times and he is quick and skillful. Despite his tender years he looks powerful, with a strong upper-body. He looks completely different from the little boy figure that was cut by Theo Walcott on his arrival in 2006. From what I have seen of him, if he can hit the ground running, then Theo could see himself quickly sidelined at the Club. If I was Theo I would be looking over my shoulder a little bit - Wenger seems no nearer to giving the lad his chance through the centre (and all the time we play this formation he can't possibly play there). The writing may be on the wall for Walcott.
So, I welcome Alex Oxlade-Chamberlain and wish him a very long, and very successful career with Arsenal. Now Arsene, how about those defenders we need?