Braga preview, United take a gamble, has Djourou got a future? 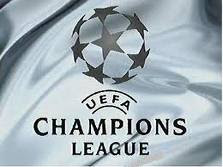 The boys return to European action tomorrow night against SC Braga of Portugal. I prefer to call it the European Cup as Champions League is such a joke of a name considering that most of the participants are not champions at all. The rules of the competition allow Arsenal to compete each season but that doesn't make it right.
The team news is that Arsenal are missing Vermaelen and Diaby. There is still no timescale on the Vermaelen injury, which concerns me, and Diaby will definitely miss tomorrow and Saturday - I think he might have a serious problem following Robinson's heinous foul at the weekend. Apart from those two, the other injured players are no nearer to a return to the matchday squad. Samir Nasri will, I think, return to the starting line-up tomorrow night with either Wilshere or Rosicky dropping to the bench. Denilson might also make a start.
Braga will surely be keen to make their mark in their debut appearance at this level. Hopefully they come to play some football. Braga are very capable of scoring goals, and their qualification tie was laden with plenty of them, including four away from home. Arsenal's defence will have to show better concentration tomorrow, and Song will have to be far more disciplined in his positioning, than was the case against Bolton. Sagna and, probably, Clichy will return tomorrow and they must be on top of their game. Clichy, in particular, needs to show an improvement in his play, otherwise he can expect Kieran Gibbs playing the Ashley Cole role, to his Silvinho (I hope I can be forgiven for comparing Gibbs to Cashley) and taking over before too long. If Braga do come to attack then Arsenal's attacking players should have enough to unlock the opposition.
My team for tomorrow would be: Almunia - Sagna, Squillaci, Koscielny, Clichy - Song, Wilshere, Fabregas - Arshavin, Chamakh, Nasri.

I've just been watching some of the build-up to tonight's European Cup games. Apparently Tottenham play tonight. Don't care. Manchester United, meanwhile, are at home to Glasgow Rangers. Ferguson has, effectively, named a Carling Cup line-up plus a returning Rio Ferdinand, and Wayne Rooney. What a gamble that is. Red-nose is obviously confident and he knows, clearly, how crap Scottish football is. But, if they were to lose to a fired up Rangers (unlikely, I know) following Saturday's capitulation and omission of Rooney, the pressure would be cranked up against him. I wouldn't want to be that whiskey bottle tonight were Rangers to pull off a shock.

Johan Djourou is playing for Arsenal Reserves again tonight, as I type this. Whereas last week there were a number of first-teamers involved, he is the only one there this evening. Obviously Djourou has missed a lot of football over the past couple of years, but with a major European Cup match tomorrow night I am a little surprised he is not around the first-team squad. With Diaby injured, meaning we can't lose Alex Song to the back-four, and Vermaelen also missing, it is something of a kick in the teeth for the big Swiss. I begin to wonder if the writing is on the wall for Djourou, seemingly now fifth choice for centre-back behind Vermaelen, Koscielny, Squillaci and Song. Time will tell, and he will surely play in the Carling Cup at Tottenham, where he must really make the most of the opportunity. Otherwise we might not see too much of Johan in the future.

This is the last post before Saturday night. I am working tomorrow morning, before going to the game. After that I have an early start on Thursday for two days of golf and beer in Northampton, returning before the Sunderland match. More Saturday - here's to three points tomorrow, and again on Saturday.