Arsenal don't have what they need 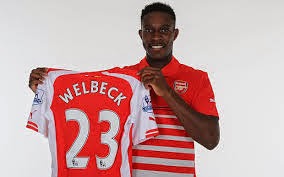 This might sound like stating the obvious, but Arsenal are at least two players short of a squad capable of winning the Premier League. What looked like it was going to be Arsenal's best year for transfer business since 2001 petered out in to the usual frustrating waste of time and energy. For Arsene Wenger to state on Sunday that he would be "active" in the market throughout deadline day, only to then actually be in Rome for a charity football match, is unforgivable. What makes him think he should have a day off on what should have been the most important non match day of the season? Unless, of course, Gazidis wanted him out of the way so that he might actually have a chance to get a deal or two over the line without interference.
I flew out to Northern Ireland early on Monday morning for a couple of days visiting family. The added bonus to that was not being in front of Sky Sports News all day. I did catch the last hour or so before midnight and there was a certain amusement to be had in that idiot Jim White's desperation for Arsenal and Man Utd to announce their signings as it was pretty obvious that nothing had really happened all day (aside from 'Arry's usual attempts to get his mug on TV by re-signing a load of familiar faces). Being away, and without the opportunity to write anything here, I was prevented from really going in to one on Tuesday morning about what Arsenal had done, or not done, in the transfer market.

The performance at Leicester on Sunday was abject. I saw a stat saying that Arsenal had 24 attempts at goal. There were precious few of them in the last 30 minutes when Leicester looked the more likely winners. In fact the whole game was a showcase for the deficiencies and the lies that have become a mark of Arsene Wenger's modern Arsenal side.
Let's start with Laurent Koscielny's head injury. The official website ran an interview with Dr Gary O'Driscoll a few weeks ago regarding concussions and the need to take players out of the fray immediately in such circumstances. O' Driscoll had apparently been a prime mover in improved safety guidelines for head injuries. So how the hell was Koscielny allowed to get back on that pitch on Sunday? I don't blame Arsene Wenger for that one. If there is one thing Wenger does not do then it is to put an injured man on the pitch, however minor the knock might be (the only real exception I can think of was when Vieira was risked against Man Utd in 2003 and it backfired spectacularly). Arsene was clearly told by his medics that Koscielny was okay to carry on. So thank you to Mssrs Lewin and O'Driscoll for costing Arsenal an equaliser on Sunday.
I may have mentioned before that I'm fed up with people defending Mesut Ozil. So it was again on Sunday. I saw a diagram showing his passes during the game and how it demonstrated his ability to move the ball and keep possession for Arsenal. What it showed to me was a bloke happy to keep up his passing stats by going square across a well organised back-four and not creating anything of note. Yes, Arsenal didn't have too much with regards running beyond the defence, but Mesut Ozil cost Arsenal £42.5m. Is it really too much to expect a player of his calibre to make something happen himself? Should he not be taking men on occasionally, creating some space for others, bringing defenders out of position etc? He is a lightweight luxury that Arsenal (nor any other Premier League club) can afford to carry.
Yaya Sanogo was inexplicably reinstated on Sunday and it certainly didn't work out. I was dismayed at the stick he was getting, however, as he did not select himself. I imagine Sanogo is as aware as anyone that he is out of his depth in the Premier League. The fact that he is not good enough is not his fault. He clearly isn't as good as Chuba Akpom who Wenger will not add to his squad, so you have to feel a little sorry for Sanogo. Sixteen appearances and no goals (and rarely looking like getting one) tells its own story. But if you blame anyone other than the Manager for that situation then you should take a long, hard look at yourself. To compound the decision of select Sanogo he then put on Podolski at centre-forward, and kept Alexis out wide, just two days after claiming neither of them were really suited to those positions. Meanwhile Joel Campbell was left sitting on the bench once again wondering when someone would release him from his nightmare.

With Giroud injured, and Sanogo not up to it, there was a clear need to add a centre-forward to the squad. I can't help lamenting the fact that the one we have brought in is Danny Welbeck. The positives with Welbeck are that he is tall, he's quick, and he works really hard. The negative is that his major weakness is finishing. Call me old fashioned but I prefer a centre-forward who can put the ball in the net. In Welbeck we have effectively signed the English Giroud. Now he is here I will get behind him when hes' on the pitch, but Arsenal should have been doing so much better. We knew we needed a top striker when Van Persie left. Two years on we are still waiting. We now have to hope that, given his chance in the centre (do you honestly see Wenger not putting him on the wing more often than not?) that Welbeck can develop that finishing ability in the same way that Thierry Henry did - and I am in no way comparing him to Thierry Henry. When I heard Falcao was going to Man Utd for as little as £5m I was furious with Arsenal, but a weekly wage in excess of £350k is ridiculous (though it just goes to show that playing in the Champions League is completely unimportant to professional footballers).
The most frustrating aspect of the transfer window for me has not actually been the failure to bring in a top striker (at least Welbeck is better than signing nobody). When Thomas Vermaelen was leaving we were promised by Wenger that a new centre-back would be coming in. So where is he Arsene? Yet another lie from the Manager. We needed a centre-half even before Vermaelen went, though I was happy to accept Chambers as the fourth-choice in that position, as Sagna was last season. We are now one injury away from disaster. Without either Mertesacker or Koscielny for a prolonged period we will be in all sorts of trouble. I know people are lauding Chambers as something special because he puts everything in to it, but I've seen him make the same mistake in every game he's played so far and it has cost us at least two goals - he constantly dives in off his feet and is left watching as his opponent strides towards goal. The decision to force Carl Jenkinson to go to West Ham looks even more stupid now than it did at the time.
We also knew we needed another central midfield player (I hesitate to say defensive midfielder). We wanted a beast, a big marauding tough guy to replace Arteta and/or Flamini on a regular basis. Of course Khedira would have fitted the bill perfectly, and so would William Carvallho. I really don't see how we get through the season, hoping to challenge, with the options we have in that part of the pitch. We were found wanting there last season more than any other area. What might Manchester City's physical midfield specimens do next week?
At the end of last season we knew we needed a goalkeeper, a right-back, at least one centre-back, a central (or defensive) midfield player and a top centre-forward. We've brought in the goalkeeper and the right-back, a new attacking midfieler/striker (who is an improvement on those already in the squad) and an average centre-forward. We have also gambled £16m on a teenager who is filling in at centre-half, can play at right-back, or maybe in midfield. I don't really see how we are any stronger than last season. In some areas we are weaker. This should not have been allowed to happen. Sadly we look to be in a position of same old, same old. It could be a long nine months ahead again and that is ridiculous with all the money Arsenal had available to bring in the right players. Wenger can't even claim they "weren't available" this time as they most definitely were.
Posted by DvbrisG at Friday, September 05, 2014