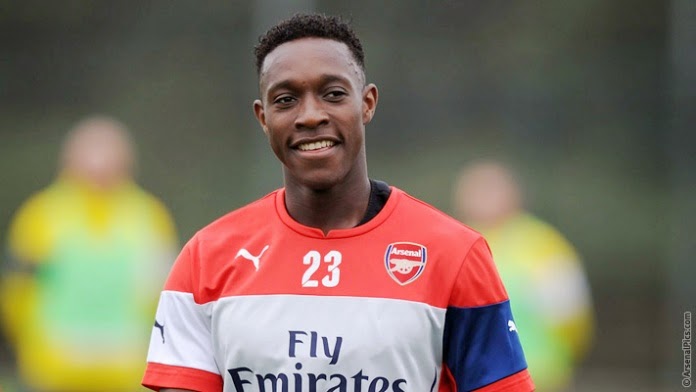 Arsene Wenger has caused a storm with his comments on Danny Welbeck's signing yesterday. I've read plenty of people explaining what Wenger is supposed to have meant with what he said, but one part of the statement made is utterly unequivocal:

"If I'd stayed at home he wouldn't be here now"

You can "interpret" most of what Wenger came out with yesterday any way you want, but there is no interpretation to be had over that quote. I've read plenty today from certain bloggers and commentators who may be considered as "friendly" or "sympathetic" to Arsenal's media department. Frankly I've rarely seen quite so much drivel. The fact is that Wenger admitted Arsenal would not have signed Welbeck had he been here to stop it. That means Arsenal would have done no business had Wenger been around. This merely proves once and for all that Wenger is the biggest obstacle in the way of Arsenal signing players. Each of the five players that have arrived this transfer window have done so while Wenger has not been in England.
What exactly does such a quote do for Welbeck's confidence? We should be thankful that Louis Van Gaal slagged the boy off as he now has something to prove in an Arsenal shirt, regardless of anything Arsene Wenger comes out with.
At the same time we should be congratulating Ivan Gazidis and his team for getting Welbeck in as an Arsenal player. They clearly went the extra mile to persuade Manchester United to sell him when a loan deal was taken out of the equation, and rightly so - I don't like us loaning players in as it's not the way the top clubs should be going about their business (you might make an exception for someone with the quality of Falcao, but not many others). The more Gazidis and co can keep Arsene Wenger away from transfer negotiations the better from now on. Wenger should identify the players, of course, and he should talk to the players about the team, but he should no longer have any role whatsoever in the nuts and bolts of the deal. 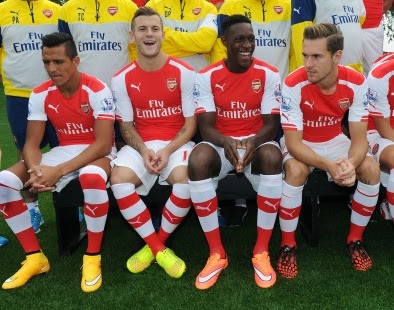 Cheer up Alexis - we've got a big game this weekend

So it's Manchester City at home tomorrow afternoon in the early kick-off. This is the first real test of the season against one of the sides with an aim to actually win the Premier League. The injuries to Fernando and Jovetic are a boost for Arsenal, but we could do with Aguero pulling up lame early on as well. City have an abundance of attackers as we all know. We also know that defending is our weak area, regardless of the quality of Mertesacker and Koscielny as a pairing. We certainly can't be caught out early like we were too often last season in the big games.
For Arsenal just about everyone of note is available tomorrow. My preference would be for a midfield of Arteta, Flamini and Wilshere (there's no point in playing a half-fit Ramsey, though if he's 100% he will obviously get the nod) with Alexis and Cazorla out wide, supporting Welbeck. One of our biggest problems against City is the lack of physicality in our midfield against City's strong men, and that's why I think not playing Flamini would be an error - he was excellent in the corresponding game last season and was rewarded with our equaliser. We certainly can't afford to play Mesut Ozil on the left tomorrow as Zabaleta will not only put him in his pocket but he'll also keep running past him to make an extra attacker up against either Gibbs or Monreal.
The big hope has to be that Arsenal can hit the ground running after the international break. There is no excuse for fatigue with the games all being played early in the week, leaving plenty of time for recovery. There will be a lot of focus on Danny Welbeck's debut and you can be sure he won't be any worse than Yaya Sanogo was at Leicester. I really hope the fact that he has been brought up through the ranks at Man Utd gives him the necessary desire to put one over on City. He will have his work cut out against Kompany, but if we can get proper support around him then City can be got at. I was impressed by Joe Hart for England on Monday so I hope he's back to making mistakes tomorrow - Arsenal must apply pressure and keep shooting low to his left as Hart has a serious, seemingly unseen, weakness there.
I'm looking forward to tomorrow. The Charity Shield thrashing meant nothing really, but tomorrow will show if we have a chance to go for it this season. Lose at home and the Premier League challenge is really all over before it's even begun. Win at home and it's game on. It's fair to say Arsenal haven't yet played well in the Premier League this season. They will have to play well tomorrow if they want to be contenders.
I'll be posting stuff to the new Instagram account tomorrow, hopefully before the match (internet and 4G connection permitting), but certainly at some point during the day. Hopefully there will then be a match review here tomorrow night.
Posted by DvbrisG at Friday, September 12, 2014