Another two points dropped but I wonder what Billy Nic would make of it... 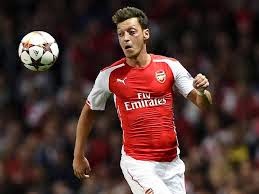 So much better again

Arsenal handed Tottenham a goal on Saturday and, with it, a point they didn't deserve. In the second-half especially Arsenal were totally dominant but, in truth, rarely looked like putting the ball in the net. We managed to make Younes Kaboul look a good player with some of the worst balls in to the penalty area you'll ever see. It amazes me that our players can be so precise with a ten yard pass anywhere on the pitch, except for in the penalty area where there is the aimless thump of the ball straight at the nearest defender time after time after time. The reason we had so many corners was largely down to our inability to put the ball anywhere near Danny Welbeck in the penalty area. As for the corners themselves I don't see how we can expect to score from them with just Mertesacker, Koscielny and Welbeck in the opposition box. Three men to "attack" a corner. Meanwhile Calum Chambers is on the half way line because Wenger's Arsenal is so formulaic in its set-up - you're playing at full-back so you stay in defence at a corner, never mind the fact that you're 6'2" and good in the air. It took six years for Wenger to work out that Sagna was his best header of the ball, for God's sake!
The most encouraging aspects of the other day for me were the performances of Jack Wilshere (despite being injured), the first-half from a dominant Danny Welbeck and, more than anything else, the display of Mesut Ozil. He was quicker, stronger and worked harder than at any time since his first few games for Arsenal. At no point did he allow his opponent to brush him off the ball. He was taking people on in the close exchanges and creating space. His passing was good, and he got in with a chance to score where he might have done a bit better, but it was also a good save from Lloris (the clear man of the match on the day). We all know what Ozil is capable of and I hope to see more of it on Wednesday night. The decision to leave out Alexis, meanwhile, was nothing short of mystifying. If the injuries to Arteta and Ramsey (this guy Forsyth is doing brilliantly with the preparation of the players) have a positive it is that we will see more of Alexis and Santi Cazorla.
For Tottenham's part I've never seen a Spurs side so devoid of football and attacking intent. The only tactic they had was to take it in turns kicking Arsenal's midfield in order to avoid any second yellow cards (though Lennon and Lamela should both have walked). Tottenham have always been famed for their style of football, and Bill Nicholson's great Double winning team were the blueprint. I wonder how the old man of Tottenham Hotspur would have reacted if he'd been alive to see it - I expect he'd be more than a little ashamed of them.
Ultimately, regardless of Tottenham's play it was Arsenal who disappointed the most on the day. We should have won the game. We didn't create enough to do that. Lloris made a nice few saves, and we might have had at least one penalty, but did we really create enough? The movement in the second-half wasn't there for a dominant Ozil to be able to weave his particular magic. That must change if Arsenal are to start getting wins instead of draws.
Posted by DvbrisG at Monday, September 29, 2014