Embarrassing and humiliating - Wenger presides over another capitulation 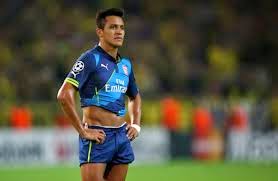 One of the few to put it in last night