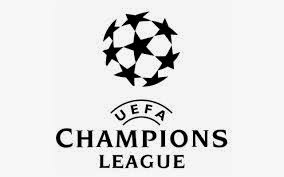 Can we make it again?

In all the years that we've had to go through the qualifying stages I can only think of one occasion where we've come under any real pressure, and that was against Udinese as few seasons back. Apart from that tie it's always been fairly plain sailing thanks to excellent away results in the first leg (against Udinese we played at home in the first game). A 0-0 draw in Turkey last week leaves Arsenal in a very precarious position going in to the match this evening. If Besiktas get a goal then we need to find two to go through, such is the importance of scoring away goals in a two leg European encounter.
On paper, regardless of who is injured and suspended, Arsenal should walk all over a team like Besiktas. With players like Wilshere, Ozil, Alexis, Cazorla and Oxlade-Chamberlain we should have no trouble. I expect that neutrals see it that way. But when it's your team you don't see that. All I see is a team that will have neither of the players it usually relies on to provide the goals. Aaron Ramsey getting sent off last Tuesday could be the moment at which our long run of Champions League appearances was dealt a mortal blow. It really is time for Jack Wilshere to step up tonight and replace Ramsey, and shut the press up once and for all. I hope to be proved wrong, but I can't really see Yaya Sanogo being the man tonight - it would be the most pleasant surprise if he was the hero. Certainly Sanogo is due a goal, isn't he?
What I'd love to see is for Arsenal to start the game the way they did against Napoli and Bayern Munich at home last season. Such a blistering opening would blow the Turkish side away in the first twenty minutes. It would mean playing with pace, and getting people running in behind to provide Ozil with the targets he needs for his particular brand of through ball. A performance akin to the first-half at Wembley the other week would be just what the doctor ordered as well. What I expect, on the other hand, is a tight game with the tension of the occasion gripping the players. That will certainly suit Besiktas more than Arsenal - all the pressure is on us tonight and the players have to show us that they can respond.
I'm worried about tonight. I'm worried about what not going through will mean. The hole it would put in the confidence of the players would be huge. It would almost certainly mean not signing the new players we need to challenge in the Premier League (assuming there is any intention to do so in the first place). It would also mean having to play a knackering schedule of Thursday night matches (which would likely be included as season ticket fixtures) against teams from some of the darkest outposts of Europe, and then seeing all the league games played on Sunday's as a result. Nobody wants Channel 5 or ITV 4. Nobody wants to play the Latvian Cup winners, away, in December. Arsenal have to win tonight, if nothing else than to stop us from having a horrible season ahead in the UEFA Cup. It's time to go out and be The Arsenal.
Posted by DvbrisG at Wednesday, August 27, 2014