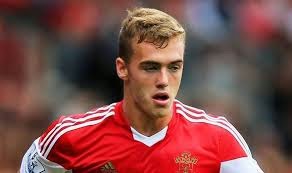 The defeat to New York Red Bulls is disappointing when you see what the other Premier League sides are doing out in America. It's fair to say that the team Arsenal put out was lacking a lot of first-choice players, but Man City aren't up to speed either, yet they dismantled AC Milan last night. What should be a concern is that we went to America with only one striker, that being Chuba Akpom who has made only one appearance in the first-team (and he missed a real chance to stake his claim on Saturday night). Wenger said afterwards that we didn't have Giroud, Walcott, Sanchez or Podolski (he missed Sanogo off the list at that point). I hope I wasn't the only one who saw the irony of Wenger's list in that only one of those players is a genuine centre-forward. We are still chronically short of a top quality goal scorer in this squad and it is that which is most likely to prevent us winning the Premier League this season.
In terms of the game in New York there really is very little to be read from it. We lost to a second rate side, but we had a team that was made up of youngsters and people playing out of position - Nacho Monreal will not have enjoyed playing at centre-back, you can be sure, especially with a fairly rampant Thierry Henry running off his shoulder. The fact is that Arsenal were there merely for commercial purposes and the real work starts now. We'll get a few more clues at the Emirates Cup as to how we're getting along, rather than an advert for the Arsenal and PUMA brand in New York City.

The Club finally got around to officially announcing David Ospina's arrival yesterday, some two days after Arsene Wenger had done so at a media event in New York. I've said before how I don't understand why Arsenal delay their "official" announcements when the whole World is already fully availed of the facts. Given Arsene's comments on how Ospina will challenge Szczesny for the number one spot you know that the deal was concluded before the weekend.
Ospina is an interesting signing. He is only one year older than Szczesny and an established international footballer. He was extremely impressive for Colombia at the World Cup, but that's all I've seen of him personally. You would think that he hasn't come here to be content with a place on the bench. It seems that the days of having a "proper" goalkeeper with a Vince Bartram quality back-up are gone and each of the top clubs is looking to have two top players in that area of the squad. If Ospina shows that his World Cup form was not a fluke then Szczesny is going to have to be really on top of his game. I've said many times that I am not convinced by Szczesny, especially in the big games, and I can see the Colombian being the man by the time we reach next May. Good luck to him at Arsenal.

I am amazed at the signing of Calum Chambers (again Arsene has trumped the official website by talking about what the lad is going to offer before the formal announcement). It disappoints me that this signing is going to force Carl Jenkinson out of the Club he loves. Jenko is living the dream we all have, and I had high hopes for him if only he'd been given a decent opportunity. Is Chambers a better player? Arsene Wenger certainly seems to be sure he is, and he knows far more about him than any Arsenal supporter does (though the number of "experts" on Twitter when the news broke the other night was amusing), but I can't understand a fee of up to £16m on a teenage defender with only 20 games for Southampton. For a man who has been so parsimonious for so long, I just can't see why Wenger is taking such a gamble on potential.
Southampton fans (who must feel like their football club is imploding in front of their eyes) seem sure that Chambers could easily end up as a centre-half, and Arsene has talked along those lines himself. Of course we are short in that area and likely to become even shorter if and when Thomas Vermaelen leaves us. Hopefully Chambers will develop in to a top class performer (and he boosts the homegrown contingent in the squad for quota purposes) but I just think £16m is excessive and could have been spent better elsewhere. Having said all of that, perhaps I shouldn't be complaining about the cash being splashed at last after so many years of nothing.

The team will train at London Colney this morning before flying out to Austria and the village of Bad Waltersdorf for the first time in a few years. The tours to the far-east have prevented Arsene Wenger from undertaking his preferred pre-season preparations in recent times, but this year he's getting his own way for a few days. For the players that will be in Austria this is where the hard work will take place. There is no game being played, so the training will be intense and the fitness levels will be put to the test.
There will be some notable absentees from the Austria training camp. The three German players have been given an extended break following the World Cup but I am not happy that they appear to be likely to miss the start of the season. We went down this road four years ago when Van Persie and Fabregas were given extra time off. Given our defensive weakness the thought of entering the first game or two without Mertesacker in the back four scares me a little. I can see why the Germans are not needed this weekend, or for the Charity Shield, but I see no reason for them to be absent from the Crystal Palace game. Let's not forget how much they get paid to play football.
Alexis Sanchez will also not be in Austria and the newspapers are being a little mischievous today in reporting the reason as to why. Sanchez is going to Paris, according to Arsene Wenger, to obtain his visa to live and work in the UK. He will then begin his pre-season work at the training ground - being a week or two behind he is not in a position to be doing the really hard yards the lads will be doing in Austria. The visa system is not entirely straightforward, and Sanchez has to go through the process like anyone else. I've seen people today criticising the Club for poor administration, but that is nonsense on this occasion. Sanchez has been on holiday and Arsenal have done all the paperwork and sponsorship to support his visa application. Now he has to get that visa and will start his training. There's no drama to be had here and there is certainly no "problem" with him obtaining his visa. I just hope he gets on the pitch on Saturday when I'm at the Emirates Cup.
I expect the full training squad for Austria to be announced at some point today. If it isn't then I will try to furnish you with it via Twitter either late tonight or early tomorrow morning (@ARSENALDvbrisG). My Dad and brothers are out in Bad Waltersdorf for the training camp and will be at every session to see the players being put through their paces. Any information fed back will also be on my Twitter account, and on the Facebook page that accompanies this website. Hopefully there will be a new face or two (expect a Chambers announcement on the official website very shortly, I would say).