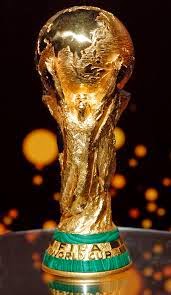 Brazil 2014 has been amazing

It's been the best World Cup I've ever watched. Italia 90 (I'm too young to really remember Mexico 86 properly) was great for England, but that allows us to view the tournament through rose tinted spectacles at times. USA 94 was awful. France 98 was enjoyable from an Arsenal perspective (sixteen years ago tonight Manu Petit scored his goal to seal the win for France). Japan/Korea was a good one because a few unexpected teams did well. Germany 2006 was just like the current tournament until it reached the knockout rounds when it became all about not losing, while South Africa 2010 was a bit rubbish all round. The number of goals and the brilliantly entertaining football matches played in Brazil (there really have been very few stinkers) has made it a great four weeks of TV. With all that in mind I am pleased to announce the FIFA Dream Team* for Brazil 2014 below:

Goalkeeper
To be confirmed, but it looks likely that David Ospina (Colombia) could win this by the end of the week.

Right Back
Again, still to be decided, though Mathieu Debuchy (France) looks nailed on for the position.

Substitutes
A surprise choice here as Alex Oxlade-Chamberlain (England) gets on the bench despite being injured throughout the tournament - that's how good he is. The other sub, following a late selection, is Alexis Sanchez (Chile). Sami Khedira (Germany) may yet be added at a later date.

That is a fine team, I'm sure you'd agree.

There won't be another post until at least next Friday as I'm tied up with work throughout this week. Next Saturday sees Arsenal taking to the pitch for the first time in 2014-15 so the close season will last less than six days, something we can all be pleased about.