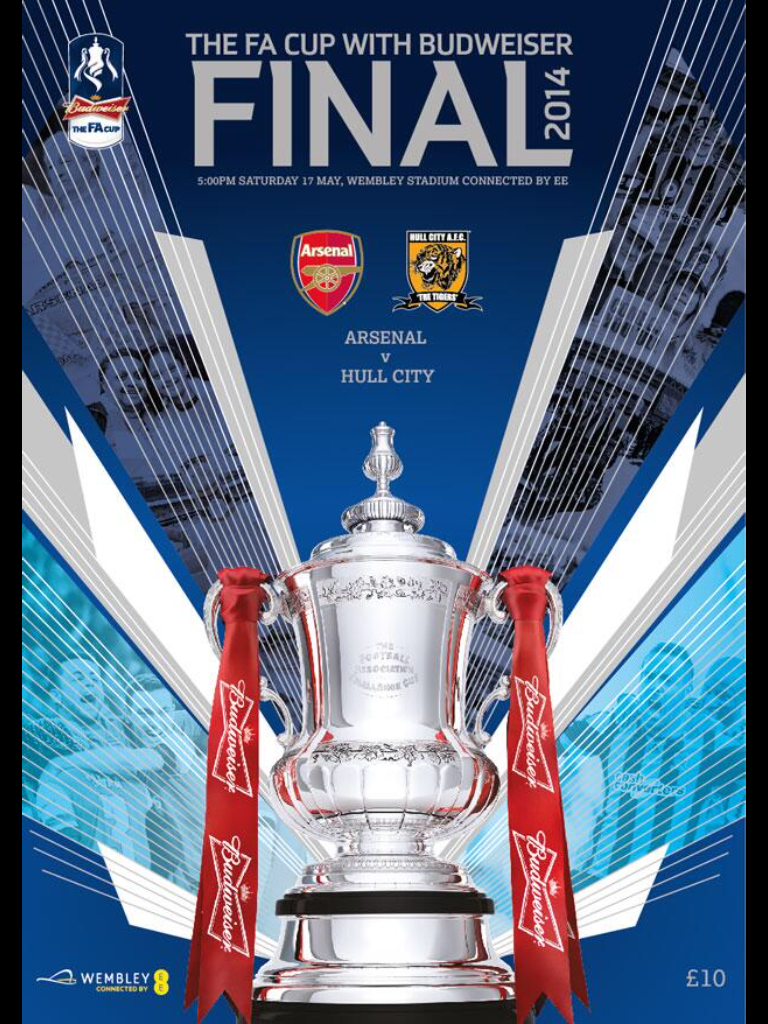 In 24 hours from now we will know. It's been one hell of a long couple of weeks. With the fourth place issue resolved with eight days to spare my thoughts have been almost exclusively on Wembley. Sleep has been hard to come by and, for once, it wasn't due to being a shift worker. I've never dared to denigrate the FA Cup, unlike those that organise it, and the feelings of nerves and excitement that are currently possessing me are proof that I was right not to. There really is nothing like the FA Cup Final. Tomorrow I'm going to Wembley to see my eighth Arsenal FA Cup Final (1993 was played twice). I've been very lucky and I will be again tomorrow.
The Arsenal team looks likely to be picked from almost a full squad of players (of players with a realistic hope of making the 18 only Theo Walcott and Serge Gnabry appear to be definitely out). Thomas Vermaelen and Alex Oxlade-Chamberlain both trained today which can only be a good thing for us. If he's fit enough to be involved at all then I hope we start with The Ox. His pace and willingness to run at defenders adds a different dimension to our play. As much as we may have missed Aaron Ramsey and Theo Walcott since Christmas we've missed Chamberlain driving at opponents right from the very start of the season.
One of the main issues for Arsene Wenger is who plays in goal. I've felt since the day before the semi-final that Szczesny would play if we got there tomorrow - Arsene Wenger was put on the spot and wouldn't say that Fabianski would keep his place. Without the heroics of Fabianski we might not be there tomorrow at all. Had we walked the semi-final then there probably wouldn't be much of a debate - Szczesny would play. Because Fabianski was our hero in the previous round there is a fair argument that he deserves his place in the Final. My view is that Fabianski should play. However, having seen Szczesny rested last Sunday I would be very surprised if he isn't in the side tomorrow. I am never averse to the idea of playing your best available side, though I'm really not sure there is that much to choose between our goalkeepers. Despite his improvement, Szczesny is still prone to horrendous errors, as is Fabianski (who got away with an Almunia death run when he chased out to the wing late on against Wigan). Tomorrow would maybe provide Szczesny with the chance to put to rest his record of cock-ups in big games for Arsenal and Poland. It would also allow him to lay the ghosts of Birmingham City in 2011.
Another person who may see his starting place under threat is Lukas Podolski. We all know that Wenger is not keen on him but, for me, our good end to the season and Podolski's presence in the side are not a coincidence. For me he provides a genuine goal threat that keeps our opponents on the back foot. When Podolski is playing there is an Arsenal man who must be marked properly, especially near the penalty area. He has the finishing ability that no other Arsenal player possesses at the moment. The close attention that needs to be paid to him by defenders creates space for others. He also seems to have the best relationship on the pitch with Mesut Ozil of any of the Arsenal players. If I was picking the team then Podolski would be in it ahead of Santi Cazorla.
In defence we all know that Bacary Sagna is set to play his final Arsenal game. The issue is what Wenger does at left-back. I still have this fear that he will put Monreal in ahead of Gibbs. I pray to God that he doesn't do that - we're so much better when Gibbo is in the Arsenal team.
This would be my Arsenal 18 tomorrow (Arsene's will look nothing like it!) though, despite thinking Fabianski should get the opportunity, Szczesny is in there:

I realise that might seem harsh on Nicklas Bendtner, but there you go.

Hull City are without both of their best strikers. Jelavic and Long are both cup-tied. However, in Matty Fryatt they have a finisher. If this lad gets a chance to score then he is likely to take it. Mertesacker and Koscielny really have their work cut out and they must concentrate. Mikel Arteta must provide the disciplined protection that he has all season.
I keep reading and hearing that Hull have been in poor form since the semi-final and that this is why the very much in-form Arsenal will swat them aside. What utter nonsense that is. This is the FA Cup. It's a one-off game. It's the biggest game that many of the Hull players will ever get to be a part of. They will go out there and leave everything out on the pitch to try and win the FA Cup. If football was predictable we wouldn't have any interest in it. Results like Hull City winning tomorrow are what make the FA Cup what it is. Anyone writing them off has obviously forgotten every shock result there's ever been in the FA Cup Final. Steve Bruce knows that. He also knows what it takes to be a winner on the big occasion. Make no mistake, if Hull play well, and we are not at our best, then Hull City can win the Cup tomorrow.
Aside from their shortage up front Hull's main dilemma also seems to centre around the goalkeeper. Allan McGregor has returned to fitness following a serious kidney problem earlier in the season. It would be hard luck on the veteran Steve Harper to miss out on selection tomorrow, but McGregor is an international who is familiar with playing in Cup Finals from his days in Scotland. It will be interesting to see what Bruce does.
There is one Hull City player I genuinely fear tomorrow, and it's a completely irrational fear. That player is Tom Huddlestone. Let me make it clear I don't rate Huddlestone. But he is an incredibly clean striker of the football when the mood takes him. In a tight game his ability to shoot from distance, against our fragile goalkeepers, could make the difference. And let us not forget what happened last time we came up against an overweight Tottenham reject midfielder in a Final - nobody wants another Nayim moment. 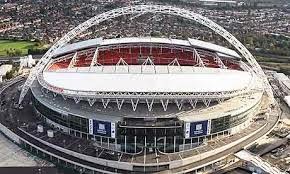 Wembley in its glory

There is genuinely nothing like going to Wembley. To be going there for an FA Cup Final is the most special feeling of all. I loved going to Cardiff in the early 2000's (as you'll have seen if you've been reading my posts all week) but nothing compares to Wembley. From driving round the North Circular and getting your first glimpse of it from one of the fly-overs the excitement is beyond comparison. Few things make the hairs on my neck stand up. Seeing Wembley is one of them. When you win at Wembley it's the best feeling. When you lose it's the worst. Only Wembley can create those extremes. I've been there for NFL, concerts, schools internationals, Olympic football, Champions League games, Charity Shield's, FA Cup semi-finals and League Cup Finals. All of those occasions have made me feel special. But none of them can compare to a Wembley FA Cup Final. With the weather set to be "proper" Cup Final weather we can afford to be excited.
I have a mixture of nerves and excitement inside me now that Christmas can't compare to. The frustrations of the last nine years may be less than 24 hours away from being ended. On the other hand we may be at least another 12 months away from getting close to silverware. The fact is that Arsenal should win. If Arsenal's players play their own game the way we know they can, with pace and power from the start, then there should be little contest. But the pressure of those nine years may weigh heavily on them. It is the job of Arsene Wenger and his coaching staff to lift that pressure, and to make the players relax and play football to the best of their ability. We can almost touch it. Let's hope that this time tomorrow we are doing exactly that, and that the FA Cup will once again be wearing it's Arsenal ribbons.

COME ON THE ARSENAL 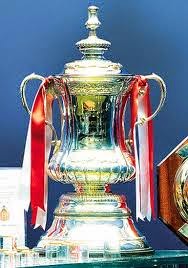