Wenger has ostracised Flamini to our detriment 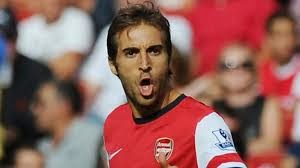 We are missing this man badly

I didn't really know what I wanted to write today. If it seems a bit rambling then that is why. Like most Arsenal fans my mind is a bit scrambled at the moment where the Club is concerned. I've deliberately gone down a different route with this post, that I do know. I didn't want to write about Saturday as such. As I said at the top it's all been written elsewhere. I wanted to analyse, even briefly, where we could have given ourselves a better chance (or at least where Wenger could have given us a better chance). I also didn't want to write a "Wenger out" type piece. I've done that pretty much to death over the years and now isn't the time for it. But that doesn't change the fact, and it is an indisputable fact, that whichever way you look at it Arsene Wenger is the problem. My personal hope is that we finish the season strongly enough to stay ahead of Spurs, and maybe even grab second or third spot (the Title is gone, I am certain) and that we win the FA Cup. Such a finish to this season would make it the ideal time for him to bow out gracefully and with glory. I'll say no more for now.
Posted by DvbrisG at Monday, March 24, 2014