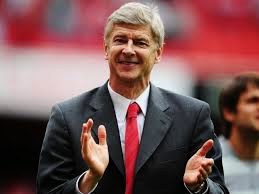 Over the last few years I have written regularly with negative comment on Arsene Wenger. I firmly believe he should have been sacked immediately after the 8-2 defeat at Manchester United. In truth he shouldn't still have been in charge at that point as far as I'm concerned. I have long been in the "Wenger Out" lobby.
However, today (and tomorrow in particular) is not a day for sniping at Arsene Wenger. Instead it is a day to celebrate his achievement of being the Arsenal Manager for 1,000 (ONE THOUSAND) competitive matches. You could successfully argue that he has been fortunate to have a board of directors that were happy with a healthy balance sheet over success on the pitch in the last eight years or so, but that doesn't take anything away from this milestone.
Over nearly 18 years he has overseen the development of Arsenal Football Club from a side that was just about filling Highbury (and not all the time) in to a Worldwide major player that is selling out 60,000 seats in the new stadium every week. More than that he has transformed English football by introducing the methods which just about every successful club in the country has used to prepare and recover their players before and after matches. Diet, stretching, rest periods etc were all pretty much in the Dark Ages in England until Wenger arrived. Maybe he hasn't moved with the times as others have developed new ways, but that doesn't mean his influence on the game has been any less. The Premier League would never have become such a massive international success without Arsene Wenger. 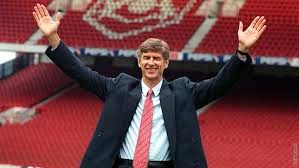 I was around long before Arsene Wenger, and I will be around (God willing) long after he has left Arsenal. There is no doubt, however, that his first ten years in charge were the best I've had as a supporter. George Graham brought the good times back to Arsenal. Arsene Wenger took things to a level we could never have imagined. Years ago I remember watching Real Madrid playing in the European Cup and being amazed at the way in which their players moved the ball at pace, but with the most amazing control over it. I always thought that it was the football I'd never see from any English team. Arsene Wenger built teams that did exactly what that Madrid side did, only we did it even better. He was maybe a little fortunate that his appointment at Arsenal coincided with the rise of the French national team. He brought in a number of players that were part of that side - Vieira, Petit, Anelka, Henry, Pires, and Wiltord were all major stars for Les Bleus during their great run. Having the players in one thing. Making them successful in a foreign country is entirely another. Arsene Wenger recognised the talent of those players and made them in to stars of the World game. I've said before that I think he is now doing the same thing with German players - he has realised that Germany are the next big thing on the international stage and he is filling the Arsenal squad with quality players from that country. 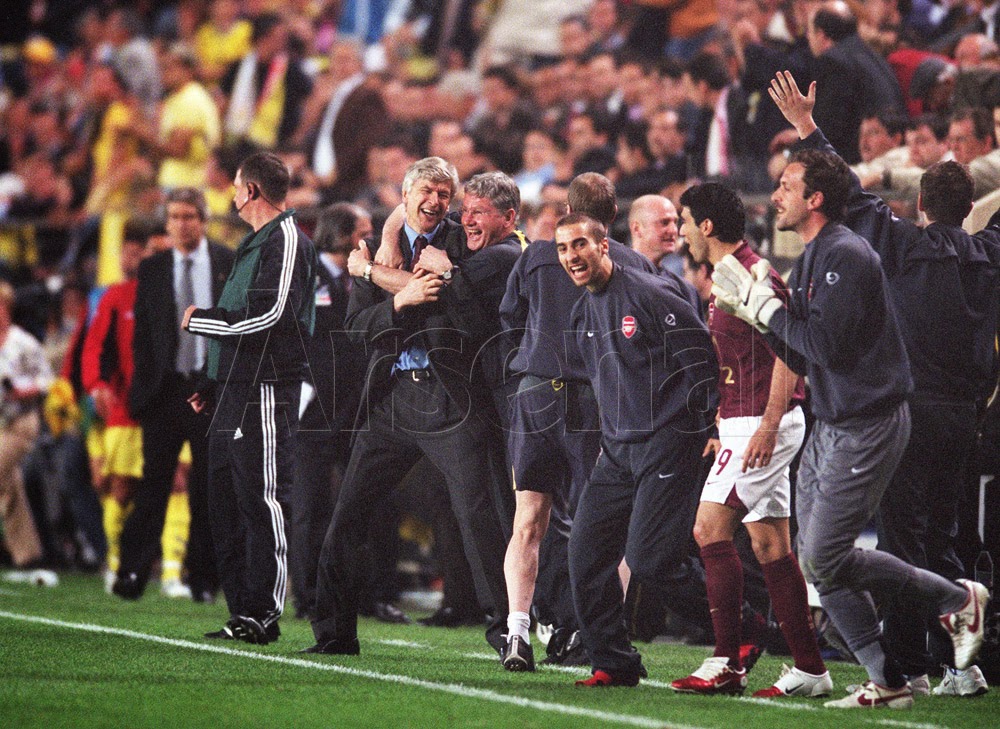 Reaching the Champions League Final - a rare show of joy

The glaring omission on Arsene Wenger's CV is a European trophy. We've been to two finals in Europe with Arsene and should have won both games. We came up short on each occasion. We have certainly had the teams to do it. A lack of tactics on occasion, and more than our share of bad luck have scuppered us at times. Given that nobody really wants to play in the UEFA Cup anymore our only chance would tend to be in the Champions League. Right now we're as far away from winning that as we have been in any of Wenger's seventeen consecutive campaigns in the tournament. I imagine he, like most of us who were there in Paris in 2006 and Copenhagen in 2000, often thinks back to those games with much regret. I sadly doubt he will be around long enough to build a side capable to genuinely challenging in Europe (the days of poor sides winning it, or getting close to winning it, in the mid-2000's are gone). 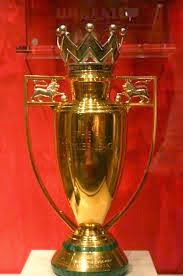 What Wenger did do, of course, that nobody else has, is go through the season unbeaten. The Arsenal Invincibles are without a doubt Arsene's greatest achievement on the pitch. I would say that they maybe weren't his best Arsenal team, but that's a subjective view to be debated on another occasion. The Invincibles played football from another planet and, in Thierry Henry, they had the best player in the World at the very peak of his career. They should have won everything that season, and I mean everything. They were semi-finalists in the League Cup, but too many were rested from the 1st leg that ultimately lead to elimination. They were semi-finalists in the FA Cup but a strange team selection and a host of early missed chances cost them. They were quarter-finalists in the European Cup but those missed chances again were costly after an incredible first-half performance at home to Chelsea. But to not lose a single game in the Premier League is astonishing. No other club has a gold trophy to commemorate such an achievement because no other club has done it. It will stand for years as a tribute to Wenger's greatness. 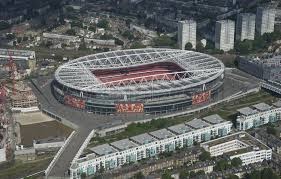 It may be that Arsene's greatest success overall actually came away from the pitch. Building a new stadium was basically his idea. He wanted it and the Arsenal directors backed it. Perhaps that's the reason Wenger has stuck around despite the apparent lack of transfer money. He is nothing if not loyal and it's a real shame the modern day player doesn't have such values - Wenger has suffered more than most as a result of the avarice and greed of certain players he developed in to top class performers. The Emirates Stadium is one of the most visually impressive buildings in football. It is a stunning arena. For people like me it lacks the feeling of home that Highbury had, but that's not to take away from it in any way. Herbert Chapman built up Highbury as a citadel of class that would be the last word in luxury football stadia for many a long year. The stadium at Ashburton Grove is a modern day version of what Highbury was. It is intended to bring a new, more affluent audience to Arsenal. The East and West Stands at Highbury were exactly that as well. When Arsene is gone it will be noted that the success he achieved on the pitch allowed Arsenal to build their new ground. It will stand, as Highbury did for Chapman, as Arsene Wenger's legacy to Arsenal Football Club.

I've felt for a long time that we were destined to win nothing more with Arsene Wenger as Arsenal Manager. The FA Cup draw has opened the door to the best chance we might ever get to end his drought. We are also still in with a great chance to win the Premier League as I write this. Arsene has won the Double on two occasions. Here we are on 21st March 2014 with the chance to go for a third. I think we'll come up short in the league, but the FA Cup is ours to lose, quite frankly. Perhaps in a season where Arsene Wenger reaches his landmark of 1,000 games it would be fitting or Arsenal to win a trophy for him. He may even still leave at the end of the season as his contract remains unsigned. Given Manchester United's performances this term people like me maybe ought to be careful what we wish for as Wenger will be as tough an act to follow at Arsenal as Ferguson was at Old Trafford. I want Arsene Wenger to prove me wrong. I want him to make me look stupid. I want Arsenal to win at least the FA Cup. If we can win tomorrow (or at least not lose) then we are right in the hunt for the Premier League. It would be nice for Wenger to celebrate his 1,000th match in charge with a first win over that obnoxious self-publicist at Chelsea - much like a trophy, it's long overdue. It would be even better to celebrate come May with an actual piece of silverware (or two).