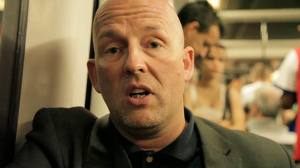 Mesut Ozil continues to dominate the news for Arsenal fans. The Club has done a first official photo shoot with our new star today, and there has also been an interview put up on Arsenal Player. However, it's not just at Arsenal where Ozil is the main topic for discussion.
It seems that Spanish football is in shock over the sale of Ozil. Real Madrid's own players have been lining up to express their surprise, as has Cesc Fabregas. It is a measure of Ozil's ability and footballing stature that his departure from Real Madrid should be met in this way. It underlines the fact that Ozil is not someone who has been sold because he hadn't hacked it at the Bernabeu. Arsenal's buying of him has elevated the Club in the eyes of European football to the very top table, probably for the first time since we played in the Champions League Final in 2006.
As I said, Spanish football is shocked by the transfer, and it formed part of the discussion on Sky's Revista programme. This show regularly has Guillem Balague on it and I stopped listening to his particular versions of the "truth" a long time ago. However, even bull**** Balague is put to shame in the lying stakes by Graham Hunter. If you don't know who Hunter is I can tell you that he is described by Sky as "the Spain based football journalist Graham Hunter". Being based in Spain, but born in Scotland, he was easy for Sky to pick up. However, it seems that the powers that be at Murdoch Towers don't pick up on the most obvious untruths from this man.
Taken at face value Hunter is a remarkable journalist. When you listen to him you will be taken in to the inner sanctum at Barcelona and Real Madrid. He has the ear of the Manager's, the President's, the star players and their families. He is such an incredible individual that he can recount the minute detail of conversations and phone-calls to which he was not a witness. He must have some sort of listening device in the board room at Real Madrid, such is the insight he can give you in to the private dealings of the World's biggest football club. You would have to think that a man who can schmooze his way in to the corridors of power with such ease would have been head hunted by the biggest news organisations in the World.
So why am I calling out Hunter tonight? The explanation is simple, and it involves Mesut Ozil. Two days ago Hunter claimed that Ozil wanted to sign for Manchester United. Today on Revista on Sky he tried to back up that claim. He says that Ozil and his father (who is also his agent) held off on signing the Arsenal contract until late on Monday night because they expected and wanted Manchester United to come in for him. Florentino Perez was apparently really surprised that United never made a bid for Ozil. This story was told by Hunter as though he was a first person witness to all these things. He is a liar. I happen to know for a fact that the Arsenal deal for Mesut Ozil was completed in full before 6pm on Monday. That's why I know Hunter is a liar. As a way to underline the fact that he is a liar I can point to Sami Khedira's press conference for the German national team this afternoon. Khedira told the journalists that Mesut Ozil told him "three days before" that he was leaving Real Madrid for Arsenal. I would love to see Arsenal and Ozil sue Hunter for the lies he has told - maybe then Sky might realise.

Posted by DvbrisG at Wednesday, September 04, 2013