Who are you and what have you done with Arsenal? 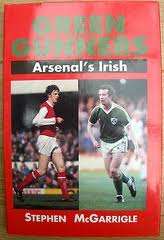 
It's still too early to talk about corners being turned or anything like that, but two very solid defensive performances accompanied by goals at the other end has made this in to a good week for Arsenal and their supporters. There have been too many false dawns these past few years to get confident that change has finally arrived, but for the moment I am more than willing to enjoy a pair of 2-0 away wins in four days. Who are these masked men?
If we're honest Arsenal weren't expected to win in Germany or in Wales. To have emerged victorious from both, and in the fashion we did so, gives genuine hope of a strong finish to the season. It's just a shame that we now have to sit on our hands for two weeks while international football (what a standard that is, with England playing San Marino) takes our players away. We have to hope our momentum is not disrupted by this interminable waste of time and energy.
Aside from a couple of early chances for Swansea we were never in trouble yesterday. The first of those was created by good play by the hosts, the second by a mistake from the otherwise excellent Carl Jenkinson. We maybe deserved to get away with that aberration after a strong start had seen Alex Oxlade-Chamberlain have a brilliant effort cannon back off the crossbar. The Ox had his best game of the season by far yesterday and was unlucky again later on in the half as he struck the bar again. He was quieter in the second-half and it was no surprise to see him substituted but, if his performances in Munich and Swansea are anything to go by, he is set for a good end to his campaign - his impact could be crucial to our chances of being in the European Cup next season.
I am clearly in a minority but I thought Abou Diaby also played pretty well. I genuinely believe that, as the latest boo-boy for the crowd, he is unable to do anything right for a lot of people. I thought he put himself about in midfield, made a few tackles, passed the ball well, and carried it through midfield on a few occasions to get us on the front foot. One run in the second-half took him half the length of the pitch only for his touch to let him down having passed up the opportunity to shoot. Diaby's ability to beat a player is huge in a team that is still obsessed with the square ball and I just don't get why he is abused by so many. Maybe a few people should try actually watching what's happening in the game rather than just going with the mob. For anyone who wants Rosicky in the side I would suggest they look at his performances since he came back to fitness - I haven't seen him beat a player yet, and his passing has been abysmal. Two goals in three years is hardly the return needed from an attacking midfield player, either.
The other man to stand out yesterday was the excellent Santi Cazorla. Regulars will know that I am quick to criticise Cazorla for the way he goes missing more often than not. Right now I believe he is over rated by a lot of people. However, yesterday he was the main man and Arsenal wouldn't have won the game without him. When he plays like that he drives us forward and makes things happen. He was extremely unlucky not to get a deserved goal yesterday. His form has come and gone from game to game this season, but we need him to become consistent. There's no time like the present to do just that. He's the sort of player that excites the crowd when he plays well. Robert Pires had an in and out first season. I hope Cazorla can go on and thrill in the same way Bobby did.
On the other side of the coin is Theo Walcott. This season has been his best, there is no doubt about that. But since he finally signed his contract he has played like the Theo of years past. There is nothing to his game. He isn't running at people. He isn't getting in to score goals. When he gets the ball he looks lost as to what he should be doing with it. In the past he always looked weak as defenders strolled up to him and walked away with the ball, like the big kids picking on the little ones in the school playground. Until January that had disappeared from Theo's game. Now it is back and as bad as ever. I'm not sure he's worth his starting place at the moment, so perhaps a place on the bench for a week or two might have the desired effect. Vermaelen and Szczesny are taking their medicine so there is no reason why Walcott shouldn't get a dose.
The World is a brighter place when Arsenal win. To go and get two unexpected away wins, without conceding a goal (or even a shot on target yesterday), makes it especially sunny today. With it being St Patrick's Day I think a can or two of Harp (God's own lager) might pass my lips in quiet Irish celebration this evening. I reckon O'Leary and Brady and Rice and Neill (not Stapleton - he's a money grabbing w****r) might just enjoy the day as well. Nice.
Posted by DvbrisG at Sunday, March 17, 2013