Has the Wenger worm turned? Or is it same old, same old? 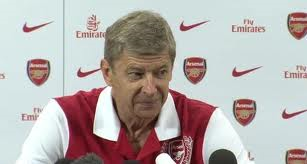 Has he finally got it? Or not?


I am conflicted this morning. And it's all Arsene Wenger's fault. I read with interest his quotes from yesterday's press conference, and the headline parts made for good reading. However, they weren't quite the full story, were they Arsenal.com?
Arsene told us yesterday that the players need to realise that there is competition for their places and nobody is guaranteed a start. In short, if you don't play well, you don't play at all. Brilliant. At last. The penny has finally dropped. We've sat through a lot of turgid rubbish over the last few years, only to turn up the following week and see the same players producing the same crap. We've wanted things shaken up time and again with a few kicks up the backside dished out, but to no avail. That changed on Wednesday evening with Szczesny and Vermaelen finally being dumped. It's about time. For Arsene Wenger to actually drop his Captain was unprecedented. Nobody could argue that it had an adverse effect on the performance of the team, especially in Vermaelen's area of the pitch. Aside from the win itself, I felt the best thing about the Bayern Munich game was that the Manager finally started doing his job again.
Wenger was then asked about Wojciech Szczesny and what the future holds for him. Obviously he told the press that both Szczesny and Vermaelen are key players. He could say nothing else. But in talking about the way Szczesny has been playing he again cited the mental fatigue that can plague a young player. I don't believe in all that nonsense so I have no qualms with ignoring that as Wenger's way of fobbing off press interest in the way he dropped his goalkeeper. What I didn't like was the next bit from Wenger. He went on to say that maybe he should have "rested" Szczesny from the domestic cups. And in that moment I realised that the penny might not have dropped with Wenger after all. The very fact that he might think he should have put out a potentially weakened team in competitions we had a chance to win brings back the bad vibes. If he thinks he should have left out Szczesny does he think the same about all the other players? Is he of the opinion that had he put out a complete reserve side against Bradford or Blackburn then the first leg against Bayern might have gone differently? If that is his thinking then we can already write off next season.
The proof of the pudding will come against Swansea this afternoon. Kieran Gibbs is suffering still after his return from injury and will not be in the side to play in Wales. That's not too much of an issue, especially with Monreal coming back in. However, if either Vermaelen or Szczesny make a return to the starting XI today then we will know that nothing has really changed. Following the performance the other night it would be a disgrace if Fabianski and Koscielny/Mertesacker are left out. If there is any other change to be made from the starting line-up the other night I would bring in Oxlade-Chamberlain for Rosicky and move Cazorla back in to the centre (though I can see Giroud missing out to injury after the kicking he took on Wednesday night). There is every chance that Fabianski might revert to type and throw one in his own net, but we've been watching Szczesny do that for over a year now. Fabianski has earned his chance, and Szczesny has been playing very badly. It's a no-brainer to me.
Above all today Arsenal must produce the sort of effort they did in Munich. If that sort of defensive discipline can be in evidence today, and for the rest of the season, we will do okay. If we return to the lacklustre, couldn't care less if we make a mistake, kind of display then we will tail off in to obscurity. I hope Wenger can motivate the players like he did on Wednesday. Starting by rewarding good performances, and punishing bad ones, would be a good start for this supporter.