When will the FA learn it's lesson? 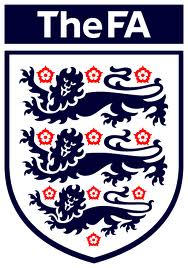 Custodians? I don't think so


I watched the Newcastle game at Wigan on Sunday and saw the tackle by Callum McManaman. Having seen the replays it is fair to say that referee Mark Halsey couldn't see it as a player ran across his view just at the moment of impact. However, as we heard yesterday, at least one of his linesmen did see the incident. For some reason that linesman did not deem it appropriate to help his referee by telling him it was a heinous foul that should have resulted in a red card. We still don't know the extent of the damage done to young Haidara's knee, I suspect because the swelling and tissue damage is too much to make scan results conclusive.
Wigan Athletic lost a lot of neutral admirers with the reactions of Roberto Martinez and Dave Whelan. Whelan in particular left a very nasty taste with his insistence that it was a "fair tackle" and that McManaman had won the ball cleanly. When you consider that Whelan has recently been recalling how his own leg was broken in an FA Cup Final it's fairly sickening to hear what he has been saying since Sunday. Obviously he wishes to protect his player and his Club, but there are times when honesty is required. Sadly Wigan Athletic have chosen to follow the Stoke City path.
So what has this got to do with an Arsenal blog? The answer is that we have suffered from this sort of thing more than any other Club, going right back to May 2006 when Abou Diaby was banjaxed by a no-mark piece of scum from Sunderland. Seven years on and Diaby's career has suffered immeasurably from that act of deliberate violence against him. Dan Smith, the perpetrator, basically got away with ruining the career of one of Europe's brightest midfield prospects. Diaby has done very well financially out of not being able to play football, but he would surely have gone on to have professional success were it not for having his ankle shattered by a thug under instruction from his stand-in Manager Kevin Ball. Who knows, Arsenal might have fared better had Diaby been able to to fulfil his potential unhindered by a knackered leg. 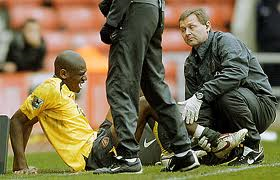 When it should have been nipped in the bud