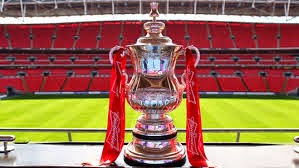 Places are as limited as ever

So the FA has confirmed the ticket allocations for Arsenal and Hull City for the FA Cup Final on 17th May. As ever it has caused uproar due to the limited allocation for the two clubs involved. It is beyond the comprehension of any normal person that a 90,000 seat stadium will cater for only 50,000 supporters from the two teams actually playing. Without fail the FA policy for their distribution of tickets for the FA Cup Final is criticised widely every year, yet the organisation in charge continues to refuse to listen.
As I wrote last night Arsenal took 52,000 people to Wembley on Saturday. Hull City sold 24,000 tickets for their end yesterday. Accounting for the 17,000 Club Wembley seats which are ring-fenced due to the way they were sold in order to help fund the stadium in the first place, there should still be 73,000 seats, give or take a few hundred for segregation purposes. If Hull were to receive the 24,000 they sold yesterday that would leave around 49,000 for Arsenal, accounting for almost everyone that was in attendance on Saturday. Instead of that we have this ridiculous and antiquated system by whereby the FA looks after what calls its "family".
It may have escaped the notice of the FA but England matches at Wembley are starting to not sell out again. When they enter the Euro qualifiers there will, without doubt, be crowds dipping well below 50,000 for England fixtures (who is going to pay to watch the likes of Estonia and San Marino?) If they want to reward their "volunteers, counties, leagues, local clubs and charities" then they should be allocated tickets for those low demand FA events. That would sort the men from the boys at the very least. A few years ago I used to play for my office side in the Dover Midweek League. At that time there were only five teams in the league, yet it received three Cup Final tickets every year! On what logical basis should a local league (of any kind) receive tickets for the biggest showpiece event in English football ahead of people who go and support their Club week in, week out, throughout the season? It's a disgrace. If you're the sort of person that takes one of these tickets, having not been a regular all season, then you should be ashamed of yourself as you're robbing people of their right to follow their side at Wembley.
I should say at this point that I ought to be alright for a Wembley ticket. I have the requisite away credits with Arsenal that should see me in the first tranche of applications. However, there are friends of mine who have been season ticket holders for many years, but who don't attend any away matches, and will now miss out on the FA Cup Final because of these freeloading "FA Family" people robbing them of the tickets that should be allocated to them by right. It's a scandal that seems to get worse every year, but the powers that be are simply not interested.
There is, however, one more possible ray of light here - the Rugby Football League is bizarrely holding its "Magic Weekend" at Manchester City FC on 17th and 18th May with the showpiece game on the Saturday being Hull FC v Hull KR. It is possible, therefore, that Hull City might not sell their allocation for Wembley. Clutching at straws? Perhaps.