Showing us what we've missed 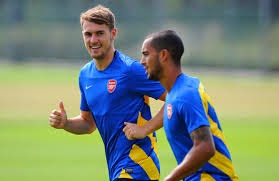 If only they'd stayed fit

If that's a dress rehearsal for the FA Cup Final then I'll take it all day long. Arsenal were extremely comfortable winners this afternoon despite an early onslaught and, what you might euphemistically call, a "robust" display from certain Hull City players. If someone could please tell my why we weren't awarded a penalty (we should have had two on the day) and how El Mohammady didn't even get booked during the game then I would like to hear it. Steve Bruce certainly seems to have imbued his players with his own trademark as a player as they all seemed extremely well versed in art of the body-check. Mikel Arteta lost a tooth to one such use of the shoulder (his hair stayed perfectly in place) while Giroud was blocked off by Davies when chasing a weak back pass. As for Huddlestone's face high challenge on Arteta I find it beyond my comprehension that he got away with it.
With all that being said it should be no surprise that the Hull fans thought they were the ones being hard done by when it got to half-time. A read through the comments of my previous post will show you that chips are worn squarely on the shoulder in that part of Yorkshire. They thought Jelavic was fouled as we won the ball back at the start of the move leading to our second goal but he really was just weak and looking for a free-kick (much like El Mohammady who rolled around like an amateur Luis Suarez after a Monreal tackle in the first-half). The Cup Final won't be much of a spectacle if Hull approach it in the same way they did this afternoon.
Arsenal, on the other hand, played some lovely football at times. I thought Ozil looked pretty much with it throughout the first-half and was at the heart of most of our best stuff, not least the opening goal. The star of the show was Aaron Ramsey yet again. I said to my Dad on Tuesday night that we play at least twenty yards higher up the pitch when he's playing well. That was certainly the case today. It was noticeable to me that our centre-halves were only really touching the ball in general play once we'd put the game to bed. It was a stark contrast with Wembley last week. The combination of Ozil and Ramsey, looking to go forward and, in Ramsey's case, trying to make the runs beyond the ball makes such a difference. If you added in Theo Walcott we'd have some real threat. With Liverpool now a stick on to win the Title with such an average midfield and weak defence you have to think we've blown a huge chance to get our hands on the Premier League trophy this season. We all know that signings should have been made, but we would surely have been challenging had Walcott and Ramsey stayed fit. The blow it dealt us is just so noticeable now that Rambo is back.
The first two goals today were fantastic, quick passing moves. Again, we've not played at that sort of pace for a while. The ball from Ozil to Cazorla, and then the one-touch lay-off in to Ramsey's path was genuinely outstanding. Then the second goal was probably even better with a fine pick out from Giroud being expertly laid off by Ramsey for a clinical volleyed finish from Lukas Podolski. The third would also have been a great goal had it been Ramsey's, but a good save by Harper saw Podolski sniffing around in the six-yard box to finish things off. He has also made a difference in the last week. 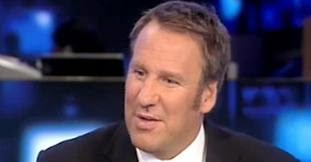 "I don't know what he does Jeff"

I am particularly enjoying the goals of Podolski. I have felt since he arrived that Wenger has failed to use him in the best way. It seems obvious to me that he and Giroud would both be better if they were allowed to play up front together. If you look at Podolski's scoring record from such limited appearances it is easy to see what he can bring to the team. All of which is a round about way of me getting in a position to have a pop at Paul Merson. Regulars will know I am not a fan of Merson on Sky. He has made it clear on many occasions that he is a "Chelsea fan" despite his long and successful association with Arsenal. I suspect Merson's big problem is that he was the first to be ditched by Arsene Wenger. This has filled him with a jealousy and bitterness akin to that of a Tottenham fan where Arsenal is concerned. In recent weeks I have twice heard him talking about Podolski and using this phrase: "I don't know what he does." Well Merse, get yourself a DVD of the man scoring lots and lots of goals and you might get a clue. Of course you'd have to drag yourself out of the drug filled gutter, or the betting shop, or even away from the bar in order to do that. For a man that owes everything to Arsenal FC I hate what Merson has become when he talks about us. I hope Poldi can keep showing him, all the way to Wembley in May.
Posted by DvbrisG at Sunday, April 20, 2014