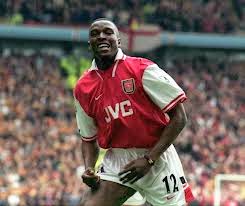 Will anyone emulate Christopher Wreh tomorrow?


The pictures of Arsenal's training this morning are encouraging. Yesterday it looked like Kieran Gibbs, Tomas Rosicky and Alex Oxlade-Chamberlain would all be missing tomorrow. All three of them took part in training today so we can hopefully relax on that score. We already know that Lukasz Fabianski will start in goal and Aaron Ramsey will be in midfield. We have to hope that Rambo can boost the team sufficiently to get the win tomorrow. The confidence in the group is obviously low so a returning player might just give them something to cling to. I hope he is one of a few changes tomorrow, regardless of injuries and suspensions - too many are back in the comfort zone and need shaking out of it.
My biggest fear tomorrow is that the players are not sent out with the right mentality for the game. We all know that Arsenal should win tomorrow. We all know that it should be pretty comfortable, regardless of who is playing for us and who isn't. But this is the FA Cup. Wigan Athletic beat Manchester City in the previous round. They are also the holders of the Cup. Their players, unlike ours, actually know how to win a trophy. They also seem to have a Manager who can set up his team to combat better quality opposition. If Arsenal's players are not up for it tomorrow they (and us) will suffer the most extreme humiliation in front of a nation willing them to fail. There is no logical reason why we should be even remotely worried, but this is football, the FA Cup and an Arsenal team that has made letting us down in to an art form.
We've played at Wembley twice since it was rebuilt and we've yet to get a win. The Birmingham game in the League Cup Final should have seen us come back with silverware. On that day our defenders couldn't handle Zigic and the attacking threat failed to really materialise. Tomorrow is not a dissimilar mismatch if truth be told. Birmingham shouldn't have lived with us. Wigan shouldn't live with us. There are enough players in and around the squad who were involved that day and should be the ones sorting out the frame of mind for tomorrow. Go out, play with pace, and blitz Wigan Athletic. If we beat them for hard work we will beat them for pace and football. Fail to get going early on and we could be in real trouble.
I've written before that I don't like the semi-final matches being played at Wembley. Going to a genuine neutral venue was always a great experience. I've put a picture of Christopher Wreh at the top of this piece. He scored the winner when we played Wolves at Villa Park in 1998, a goal notable for the fact that many Gooners were sat on the M6 still trying to get in to Birmingham when he scored it. I was in the upper tier of the Holte End nice and early and it was a wonderful thing to watch, and be part of, the travelling Gooners on two sides of the ground celebrating the goal, and again at the final whistle. The neutral venues used to provide an atmosphere unique to FA Cup semi-finals, and that is something that has been sadly lost. For a player like Christopher Wreh it made him a cult hero. It's a shame that those days are gone, but how about Yaya Sanogo having a Chris Wreh moment tomorrow? 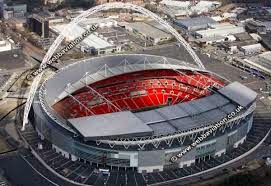 Time to break our duck at this place

Going to Wembley is always exciting. In truth I preferred the old stadium, dilapidated as it may have been. The new place doesn't quite have the soul and atmosphere without the Twin Towers to walk towards. Having said that, if tomorrow can start to create some positive memories for Arsenal supporters then maybe my view will change a bit.
I'm certainly looking forward to going to Wembley. I always do. Going to Wembley is always special, whatever the event. I went to see the NFL there last September, and England v Ireland last May and still got excited at the prospect of visiting, even without Arsenal. Going to Wembley Stadium is an event in itself. Going there to support Arsenal is something to be savoured and remembered. You never know how long it's going to be before you get to do it again. I've been lucky enough to watch Arsenal play at Wembley on 17 different occasions. Tomorrow will be just as exciting to me as the first time I went with them for the Littlewoods Cup Final in 1988 against Luton Town. I have red and white ribbons to decorate the car with tomorrow morning and I'm really happy to be taking to my eldest son with me again. I hope that, this time, Arsenal can deliver him a win at Wembley to come home with.
If you're going tomorrow then remember to wear red. The Arsenal fans, who will outnumber Wigan supporters by more than two-to-one must get behind the team. There is no excuse tomorrow for the sort of soporific atmosphere that poisoned our end at the Birmingham game. This is Arsenal's chance to end the trophy drought. The fans must play our part. See you at Wembley!
Posted by DvbrisG at Friday, April 11, 2014