"You know the problem with Gervinho?" - Arsenal 3 - 1 Olympiacos 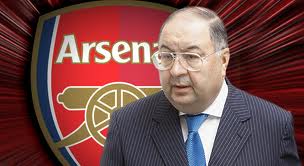 NOT the Arsenal fan sat behind me last night


The result last night was miles better than the performance. If our Greek opponents had got at least a draw you really couldn't have complained. For the majority of the first-half we were seriously second best. After half-time things were better, but the way we backed off in midfield after going 2-1 up was alarming to say the least.
Before I knew that Mertesacker was missing with flu I was slagging Wenger something chronic for his selections at centre-back. I was convinced he was simply being his usual stubborn self and that it could cost us. I apologise to Arsene for that, but I wonder if the BFG would have been in the side had he been fit - we all know that Arsene knows, and that Arsene knows he knows (that's sarcasm, by the way). As it was Koscielny and Vermaelen did nothing to enhance their reputation as a partnership. They had their warning ten minutes before the opposition scored, but their positioning was even worse when the goal did come. Vermaelen could see the play developing, and he could see Mitroglu in between himself and Koscielny. For some reason he chose not to get closer to the Olympiacos man and gave him a free header. I felt really sorry for Vito Mannone as he didn't do a lot wrong at all last night in what was his busiest game for a long time. Earlier in the first half Koscielny should have been sent off for a reckless, high tackle. If it had been an opponent going in on one of our players like that then we'd have been screaming for the red card. Vermaelen also continued to show his indiscipline, making fouls just outside the penalty area, and then haring off up field with two minutes left in the game and a shaky one goal advantage. It was utter craziness from Vermaelen, but I noticed that nobody was leaping off the bench to scream at him to get back in position.
Elsewhere on the pitch the two full-backs were excellent again. Kieran Gibbs has deservedly been called up to the England squad after his outstanding start to the season, and I'm surprised that Carl Jenkinson has not been given the nod - especially as he's being kept out by Kyle Walker (and Stuart "Cretin" Pearce hasn't put him in the under-21 squad either). Mikel Arteta was playing as a one man midfield again last night and he was utterly outstanding. Coquelin had a mixed evening alongside him, while Cazorla is slowly morphing into Andrey Arshavin at the moment - he must improve quickly as the patience will wear thin. Theo Walcott also put in a first rate cameo when he came on for the disappointing (again) Chamberlain. It's not often I praise Theo, but he was taking his man on last night, and he delivered at least two magnificent crosses, the second of which Giroud was unlucky not to score from. As for Lukas Podolski, just get the ball to him in the box and let him do the rest - I am loving Podolski.
You're maybe wondering what the title of this post is about, given the rambling I've done so far. Well, it's a direct quote I heard from the fat imbecile sitting just over my right shoulder last night. Having spent most of the match talking to his mate about anything other than the football he came out with the following quotes, with no hint of irony or sarcasm, just before Gervinho was taken off:

"You know the problem with Gervinho? He keeps scoring goals. That means Wenger will keep picking him."

What a criminal that Gervinho must be, eh? I mean, who wants a bloke playing at centre-forward and scoring week after week? I glanced back to see this "Usmanov-a-like" sitting there with his arms folded across his fat gut and a self-satisfied grin on his face, safe in the knowledge that he had imparted his "wisdom" on Arsenal's leading scorer. He didn't stop there though. This pearl of wisdom came next:

"I'd rather see Giroud up front, at least he's consistent. Gervinho's just too inconsistent."

He's right there. Giroud is very consistent. In fact he's so consistent that his only goal so far was against a team of League One no-hopers. The ironic cheer when Gervinho went off just summed this t****r up. Why do these people go to football? I don't profess to be an expert, despite the drivel I write here most of the time, but this mug makes me look like Herbert Chapman.

I hope to preview the West Ham game tomorrow night, time permitting (I have another long day at work ahead of me tomorrow).
Posted by DvbrisG at Thursday, October 04, 2012