Proud to be British 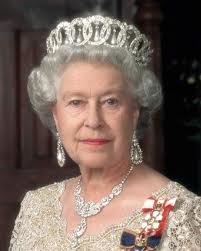 
When I started this blog I wrote that, on occasion, I might choose to pass comment on stuff that is not Arsenal, or even football, related. Those times are rare, but today marks one such event. I do not apologise for it, and I hope you can all appreciate my pride on this day. Normal service will be resumed tomorrow with a preview of what readers can look forward to (or choose not to read) as the Summer wears on.

It has been a long weekend in Great Britain, for all the right reasons. The vast majority of people in the country have been celebrating the Diamond Jubilee of our reigning Monarch, Queen Elizabeth II. My job has meant that I have spent every day working, but that has not managed to dampen my enthusiasm for, nor my enjoyment of, this most magnificently British celebration. I have been able to see large parts of the daytime celebrations via the odd glance at a TV screen, or via the highlights programmes on BBC.
Last year I wrote a piece about the celebrations we had for the wedding of Prince William to Katherine. I didn't think that such a great time would be eclipsed just one year on. We may not have been blessed with nice weather, but we British are famed for our stoicism and resilience in the face of such problems. That being the case, this has been a weekend that has made me more proud of my nation than at any time in my memory.
I mention the weather, and Sunday saw London drenched by torrential rain. Her Majesty, and her family, stood for four hours to greet their people as an incredible river pageant passed by them on the Thames. The spectacular end, which saw the London Philharmonic playing our best and most inspiring patriotic music, made the hairs stand on end. The pride to be had in Her Majesty was truly a great thing. That, though, was simply the beginning. 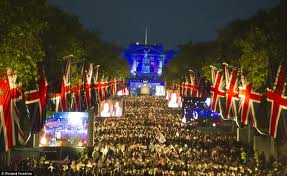 The Mall at its most inspiring


Yesterday my family got together to enjoy our own part of the Jubilee weekend. It was a fantastic gathering, which finished with the watching of the Jubilee Concert from Buckingham Palace. The picture above shows the massed crowds who had gathered in The Mall to be close to things. The Mall, when dressed in its Union Flags, is always an inspirational sight. Last night, lit-up as it was, against the backdrop of the concert and an incredible light-show on the Palace, took things to a new level. If you couldn't be proud to be British last night then you never will be. Unfortunately, the often maligned Duke of Edinburgh was absent through illness. The reaction of the crowds when Prince Charles spoke about him in his speech showed how highly regarded he really is by the people. With her husband in hospital we saw the very best of Her Majesty as she was still able to wave and to smile to her public, despite the angst she was no doubt feeling. Once again I find myself using that word pride when I describe my feelings last night.
Today the celebrations have come to an end with a glorious State Procession through London, and then Her Majesty taking to the balcony of Buckingham Palace before the adoring crowds once more. The chanting of God Save The Queen by the crowd at St Pauls Cathedral (the crowd were drowning out a tiny group of morons choosing to "protest" against the Monarchy) in the morning was amazing, but the cheers she received upon appearing in the afternoon was even more incredible to me. Once again a wave and a smile was given to the adoring masses, before the Red Arrows gave their signature red. white and blue signal to mark the end of the festivities. Wonderful stuff. No other country can do this with such class and reverence. 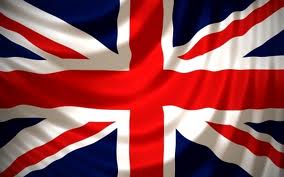 A flag to be proud of, not ashamed


Two things have grabbed at me over the course of this weekend. The first is that sense of pride that I keep banging on about. I had often considered that being British was not really for me - I am English, not British. However, the events of this Jubilee have been a uniting force in a country struggling through recession and suffering the hardest of times since the last War. I have, I think, rediscovered my pride in being British first, and English second. The other thing that has been massive for me has been the "recapturing" of the Union Flag. For too often people waving it have been noted by our media as either football hooligans or members of the British National Party. There has been a stigma attached to the Union Flag. This weekend has proved that this is no longer the case. We can wave our flag with pride, knowing that there is nothing to be ashamed about in being British, displaying our colours, and celebrating our heritage. More importantly, we can celebrate our Queen. Long may she reign over Britain and the Commonwealth.