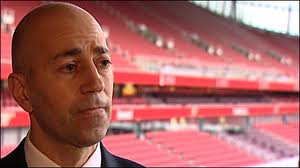 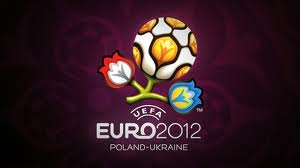 Euro 2012 starts tomorrow, and there is a good bit of interest for Arsenal supporters in the two games on day one. The hosts Poland get under way in the opening match, which means Wojciech Szczesny is going to be in action. We all know that Szczesny is a confident lad, but his record in big matches has been a concern to me. I will be very interested to see how he gets on with the pressure of a nation, and the eyes of Europe, upon him. Starting off against Greece shouldn't mean him having an exceptionally busy day, but Poland's chances to getting out of the group stages might well mean Szczesny having to play out of his skin in the other games.
The second game tomorrow should see both sides captained by Arsenal players. We will see Tomas Rosiscky leading the Czech's (injury permitting) and Andrey Arshavin should lead Russia, if he can be prised away from the pre-match buffet. I can see the Czech's doing pretty well at this tournament, especially if Rosicky can replicate his recent form at Arsenal.
It seems strange for England to be going in to a Championship without the press considering them potential winners. Having said that, I don't doubt for one minute that anything other than a heroic run to at least a semi-final defeat will have the media slagging everyone involved. The England squad is weak. I would have had no problem if Hodgson had kicked out all of the old guard (with the exception of Cole and Rooney). As far as I'm concerned the likes of Lampard, Terry, Gerrard, Ferdinand etc have had their chance and failed. A clean break would have been good. As it is they have been decimated by injury, and Hodgson has called up some pretty mediocre players as replacements - even if you accept not bringing in the likes of Rio Ferdinand there are better players available to have come in. I believe England might struggle to get past the first round but, rather bizarrely, if they remain organised at the back they could surprise plenty. I watched the Belgium game last Saturday and they outplayed England for most of the second-half. However, they didn't once create a clear chance, simply because England defended properly. If they can launch the pace of Young, Walcott, Chamberlain, Welbeck and Rooney they could hit teams on the break very well indeed.
Everybody expects Spain to do well. Having won the last two major tournaments they are the understandable favourites with the bookies. For me, however, they are not going to win this one. I feel that, rather like Barcelona last season, this Spain side has gone past its peak. Nothing lasts forever, and I don't see them making it past the semi-final stage. Without David Villa they lack their best centre-forward, and will be relying on Torres and Llorente to step up to the plate. The loss of Puyol means they will be even weaker at the back, so any team that can get behind their midfield will be in with a chance of success.
A lot of Arsenal fans will be keeping a close eye on Holland, and I fully expect Robin Van Persie to continue where he left off last season with Arsenal. He was the dominant force in their hammering of Northern Ireland on Saturday, and his growing understanding with Affelay could be hard to contain.
Other Gooners will be very keen to watch Germany. We already have interest there with Per Mertesacker, while Lukas Podolski will also be in their team. The Germans might have been beaten by Switzerland the other week, when missing their Bayern Munich players, but I think we'll see a different beast when things get going. I felt the Germans were the up and coming team two years ago at the World Cup. I believe that, over the next few weeks, we will see them fulfil their potential. Germany are very much my pick for Euro 2012, and I think they will be deserved winners (or at least very close to it). I can't wait for it to get started now.
Posted by DvbrisG at Thursday, June 07, 2012