AC Milan (h) preview - do or die for Gunners 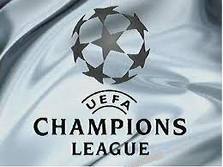 Could be the last time we see it for a while


The baiting of the Tottenham fans in recent days is not sitting well with me. Its great that we've got to within four points of them within a week of looking like we would be thirteen adrift, but we are still behind. There is also no evidence to suggest that this squad of Arsenal players can get the consistent results required to go past Spurs. Having said that, if we get a win on Monday against Newcastle, and Tottenham lose again this weekend, the one point difference would almost certainly see Spurs implode. Chelsea's travails have given us the chance to get a small cushion in fourth, but the demise of Villas-Boas could yet be bad news for us if the players don't achieve the necessary consistency. Arsene claimed yesterday that we have been consistent in our past nineteen games, or so. Sorry, but that is frankly nonsense. The results over Christmas and January do not show a consistent team. Even more so the results in February, where we were good in the Premier League, but awful in the other competitions. I very much enjoyed the aftermath of the win over Tottenham, but you'll excuse me if I don't do my crowing until May when we've made sure of finishing above them. Right now I'd still rather be in their position than ours. If we do finish above them then it will be something to be enjoyed, but let's wait until it happens before we start rubbing their noses in it.
On to tonight and we need a repeat of the second-half against Tottenham, right from the kick-off. The injuries we have in midfield will force Arsene to change things around, I think. Given that we have to get at least four goals to have any chance there is no point in playing with only Van Persie up front. We have to attack with pace, so Gervinho, Chamberlain and Walcott must all start the match. If we concede a goal it doesn't really matter as we are all but out anyway. However, if we can start with a proper tempo, and move with speed, we can cause AC Milan all sorts of problems. I still maintain that they are not a good side. An early goal, or two, with a roaring home crowd behind the boys, and anything suddenly becomes possible. If, by some miracle, we can get them in to extra-time, I can only see one winner. At the back Milan are slow and ponderous, and should be cannon-fodder if we play properly. Of course they are very good going forward, but that is assuming that Robinho and Ibrahimovic are in the mood like they were in the San Siro. I know he scored against us in the first-leg, but Kevin Prince Boateng is the sort of mediocre footballer that sums up the state of Italian football these days.
Milan will surely look to play deep, and stop Arsenal's attackers from getting in behind. This may mean that Theo will have to think a bit more about how he goes about his business this evening. Personally I would play him through the centre, with Van Persie in the Bergkamp position. I see that Arsene is talking about The Ox playing through the middle instead, and I suppose I can see some logic in that with his extra physicality, and the fact that he is a bit of an unknown quantity for Milan to contend with. It's at times like this that the lack of quality striking options in the Arsenal squad really comes back to haunt us. I expect to see a very attacking bench tonight, albeit with very few goals to their names.
With a top four finish still to be fought for I think we Arsenal supporters should prepare ourselves for the chance that we may not see anymore nights like tonight for a long time. The Champions League music will ring out in the stadium tonight for possibly the final time for a few years. If that's the case then I hope the players at least go down fighting tonight. The reason you like European nights is that you get the chance to see the likes of AC Milan coming to your stadium to play something other than a pre-season friendly. Let's hope the boys can make sure we see some more of it next season, even if we don't quite perform the miracle this evening.
Posted by DvbrisG at Tuesday, March 06, 2012