Norwich 1 - 2 Arsenal - brilliant but awful all at once, Arsene misquoted (he says) 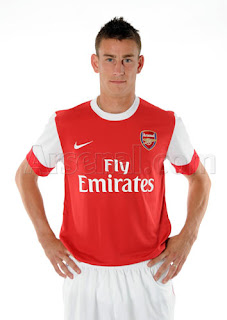 Koscielny - excellent wherever he plays


Another good three points in the bag but how difficult did we make it for ourselves? Today we saw everything good about this Arsenal team, from the quality football and tremendous spirit, to everything bad, from the embarrassing defensive error to the Sunday morning finishing. I imagine the neutrals would have quite enjoyed the game with the way it was played. I spent the last ten minutes living in fear that we would be throwing away a lead that should have been unassailable before we'd played the first ten minutes.
Going forward today, particularly in the first-half, I thought Arsenal played some of their best football of the season. Theo Walcott absolutely destroyed Marc Tierney down the right for Arsenal and was the main threat. I couldn't understand why Theo was swapped to the left with ten minutes of the opening period remaining - it was the only time in the game where Norwich looked comfortable. Normally I would prefer Theo from the left as I think he looks so much more likely to do something threatening, but when he was so much on top of his marker I just didn't see the logic today. The problems for Arsenal were whenever someone was faced with the goalkeeper. Theo had a great effort cleared off the line, but everyone else who had chances was guilty of terrible misses.
It seems that Gervinho has a real problem in front of goal. We saw it at Chelsea, but today his finishing was truly awful. The rest of the Ivorian's game was superb again but, when he gets a chance to score, he really has to learn to take it. We have seen such profligacy from Arsenal a lot down the years, even when we were the best around, but it has never got any less frustrating. When Gervinho went round the goalkeeper in the second-half, and still failed to find the net, I found myself thinking of Kaba Diawara and his many errors in front of goal during his short spell at Highbury.
I suppose the newspapers and Match Of The Day etc will bang on about Arsenal being dependent on Robin Van Persie. Once again the Captain was the man who got the goals today, but he wasn't without his mistakes in front of goal either. Having said that, it was another outstanding display from Van Persie. My personal choice for man of the match would have been Walcott, but I wasn't surprised Sky gave it to RVP instead. His finish for the second goal was really top drawer, and both goals were scored with his weaker foot. To watch Van Persie these days, and compare him with the woefully one-footed player he was five years ago, it really shows what a special talent he has become.
I was disappointed with all three midfield players today. I felt they gave the ball away far too much, though Ramsey was unfortunate to not be awarded a penalty late in the second-half when he was bundled over by the centre-back. Song was a little better in the second-half and, of course, set up the winner by choosing the right option with his through-ball. However, I thought he was caught up field once or twice, and failed to break up the play on a number of occasions. Mikel Arteta, I felt, was awful. I believe you could count on the fingers of one hand how many times he played a pass forward. I just don't understand it as he is a fine playmaker. He should also have been well rested after the two weeks without a match.
The defence was pretty solid today with the exception of the goal. Per Mertesacker had his worst game since arriving in England, however, and the goal conceded was entirely down to him. He was giving it the full Stepanovs today as far as I was concerned. I'm not going to have too much of a go at the German though as I think he is a good defender, but that today was really woeful. Either side of him were two more stand out performers in Koscielny and Vermaelen. Aside of Van Persie I believe Koscielny is Arsenal's player of the season so far. Since the Blackburn match, when he was awful, he has turned in top class displays in every game he has played. He got his international recognition this past week while today he excelled at right-back. I thought that he really gelled with Theo Walcott and played the full-back role superbly well. TV5, meanwhile, won everything in the air, and made up for the lack of creativity from midfield by breaking forward at every opportunity. How we miss him when he's not around.
Overall I suppose we need to be pleased with the win, as usual. I felt, after ten minutes, that it was all getting a bit too easy despite the chances being missed. When Gervinho, and then Ramsey, tried stupid back-heels on the edge of the Norwich area in quick succession I felt sure the players were getting over-confident. It came as no surprise, therefore, to see Norwich score. After that the concentration returned sufficiently to stop Norwich creating anything else, while dragging Arsenal back in to the game.This was where the spirit was evident. That the players then managed to see out the 2-1 win was heartening, even if it was not good for the nerves. I've rarely been as pleased to see a player head for the corner flag than I was when Theo did so as the clock ticked in to injury time - the extra experience, perhaps, coming to the fore and rubbing off on the exuberant youngsters. We can go in to the Dortmund game on Wednesday with confidence.

Just before the game there were stories breaking that Arsene Wenger had told L'Equipe he would be considering his position at the end of the season. When questioned after the game Arsene was quick to deny the story and affirm his commitment to his contract. I have to say it would be a surprise if Wenger were to walk away of his own accord, such is his integrity and loyalty. Arsene claims to have been misquoted, and I strongly suspect he is telling the truth. It would be most unlike Wenger to make public his feelings in such a fashion. I imagine he will be quite angry to have been misconstrued like this and there is no doubt some mischief being made by the journalist in question. However, as I said in my piece about Francis Coquelin last week, if you don't want to be misquoted then don't give the interview in the first place. With the players doing their bit right now the last thing that is needed is for anything to destabilise this group in any way - particularly not nonsense in the French press.