Ten years on from the saddest day 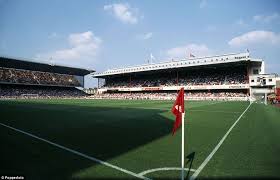 Forever home to me

I'm sure you're aware by now that today marks the tenth anniversary of the final game at Arsenal Stadium, Highbury. I can't, to this day, watch footage of the match, or read articles about it, without feeling tears beginning to form. It was, without doubt, the saddest day I have ever experienced at football. Highbury, the East Stand, was the my football home. I will never forgive the Club for moving us away when they hadn't really put anything like the necessary pressure on Islington Council that would have allowed us to develop the Clock End properly. We moved to a great stadium down the road, but is it a great football stadium, as such? At Highbury you were on top of the play, whereas at the new place (I still refer to it as "new" for some reason) you're a long way from the pitch. We were told we were leaving in order to "compete" at the very top level, and yet we are watching today as Leicester City receive the Premier League trophy. We've not been in a European final since leaving. Things are certainly not the dream we were sold, and Highbury is forever missed.

Three years ago I wrote a special piece about the old place marking the 100th anniversary of our first game there. Follow this link to read the most emotional article I've ever written. It is set to feature in an upcoming e-book called Highbury Memories. 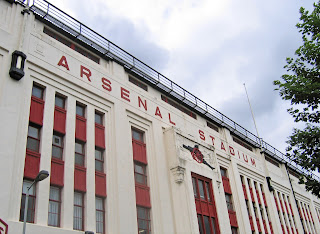