Leicester have shown the way all season 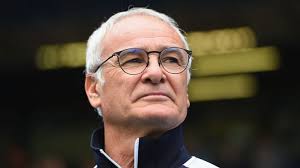 It's been a while since I wrote anything on the website. Why is that? The reason is that Arsenal have produced three identikit performances since drawing with Crystal Palace. The win over West Brom, the bore draw with Sunderland and the narrow defeat of Norwich were all the exact same display as we got in the Palace game. It's boring enough watching it so it's definitely going to be boring to write or read about it. I could have written something Friday after Wenger chose to blame the match-going supporters once again for the failings of the squad he has put together, but I was on nights and frankly couldn't be bothered to state the obvious crassness of his comments.
So why have I chosen to write this evening then? The reason for that is that I want to lend my congratulations to the deserved Premier League Champions, Leicester City. What they have done since the start of the season is scarcely believable. I don't need to state that really, do I? I've just looked at my pre-season preview and prediction piece. Along with everyone else I wrote off the Foxes totally. I said how I feared they would be relegated having sacked Pearson and appointed Ranieri. There was no way they could carry their Spring form of 2015 in to the new season and sustain it. Yep, Leicester were going to go down and Ranieri was not going to last very long. I also said how I had never heard of their new signings with the exception of Huth - I wrote him off as "not a Premier League defender" - so how were they ever going to stay up?! In my defence I prefaced my league predictions with a comment that I was "not an expert" and neither were the journalists doing the same things (though they do claim to be experts!)
Something that is interesting here is that, while the likes of me hadn't heard of Leicester's new players, it seems that Arsene Wenger and his scouts hadn't either. I'm thinking particularly, of course, of N'Golo Kante. We saw Mahrez last season - he and Cambiasso had ran the game at our place - and yet Arsene and Gilles Grimandi had picked up on neither of these two. Two unknown players from French football who have proven themselves the best two players in England this season. It sort of begs the question as to what exactly we are paying Grimandi to do in France. His appointment by Wenger, perhaps more than any other, smacks of jobs for the boys and is clearly not working well enough.
Back to Leicester and the fact that not only have they proved to be the best side in England over the season, they have also played by far the best and most exciting football. Why is this? For me it's because they move the ball quickly from back to front. Ranieri has coached and organised his defence to soak up pressure, play with little possession, and then spring forward at pace and, in the shape of Mahrez and people like Albrighton and Schlupp, no small level of skill. They play the odd longer ball when Ulloa is in the side, but in Okazaki and Vardy they have lightning pace up-front and it's mainly a passing counter-attack game they play. Kante gives them power and stamina, Drinkwater is the man who does the really dirty-work, and they have got an excellent unknown full-back in the shape of Fuchs. Schmeichel has been outstanding in goal and they have a leader in Morgan who brings them all together as a team. In short they have had it all this season. The overall standard of the league has not been great, and the bigger clubs have failed (not just Arsenal) but you can only beat what is put in front of you. Leicester City have done that and they have done it in great style. If anyone thinks they are undeserving in any way then they want shooting.
It's fair to say that Leicester have been extremely popular Champions. The fact that they have been producing the greatest underdog story in British sporting history has played a huge part in that. So has the fact that they have shown the billionaire clubs it's not necessarily all about the money you have (they've succeeded here where Wenger has failed in recent years). It's also been a popular victory because nobody outside of White Hart Lane has any time whatsoever for Tottenham Hotspur. Seeing the Spurs players totally lose their composure last night was incredible. If points aren't deducted and at least three Spurs players banned then there is no justice from the FA.
There is, of course, one final thing that has made Leicester City such popular winners of the Premier League. That thing is Claudio Ranieri. Here is a man written off by all of us. And I mean all of us. But here is also a man who kept his dignity when Abramovich spent months getting rid of him at Chelsea all those years ago. Here is a man who was ridiculed by the English media when he came to Leicester, including their most famous fan Gary Lineker. He has entertained in his media briefings all season and has never once put a foot wrong. He is humorous, intelligent and erudite. There are few people in football who anyone could be happier for outside of their own clubs. Congratulations Claudio Ranieri - I look forward to the statue of you that will surely come soon outside the Leicester City stadium.
Posted by DvbrisG at Tuesday, May 03, 2016