Petr Cech can be as good for Arsenal as Pat Jennings 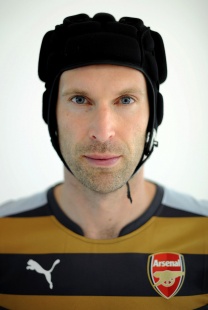 Who ever really thought we'd see this?

Back in the 1970's Tottenham Hotspur decided that Pat Jennings had had his day. Terry Neill schmoozed his way in and brought Pat to Highbury. For the next eight years he remained the best until age caught up with him. I wouldn't say that Chelsea think Petr Cech has had his day, but clearly Courtois is considered to be better and you can't expect one of the best players in the World to sit on the bench for most of the season (unless you're Mourinho). For Arsene Wenger and Arsenal to pull off the signing of Petr Cech from Chelsea is quite unbelievable. It is apparent that Mourinho didn't want to sell to us (and this may yet be the beginning of the end of his relationship with Chelsea's owner) but Roman Abramovich felt he owed it to Cech to let him go to a club of his choosing. Chelsea's loss is most certainly Arsenal's gain. Meanwhile, Cech's open letter to Chelsea fans (which is full of class it must be said) is telling in the absence of any mention of Mourinho - that speaks volumes to me about Jose and his ways of doing things.
I didn't think it would happen. Something was always nagging in the back of my mind that Mourinho would find a way to scupper the deal to spite Wenger and Arsenal. Since the day he signed for Chelsea Cech is a player that has been coveted by every team in the Premier League, and many teams beyond these shores. I don't know if he's been quite the same since the head injury and I remain uncertain about him feeling the need to wear the helmet, but he is so much of an improvement on what we've got, and on what we've had since Jens Lehmann, that this is a truly magnificent signing for Arsenal. I've got the same kind of feeling that I had when we bought David Platt or Sol Campbell in that I can't quite believe Petr Cech is now an Arsenal player. Until I see him in the Arsenal team it won't seem real to me. Petr Cech is a World Class goalkeeper and he now belongs to Arsenal.
Many outside of Arsenal will question the fact that he is the wrong side of 30. I used the example of Pat Jennings above to illustrate that it shouldn't be too much of a problem to us as long as he's still as motivated as he says he is. You can also look at how Manchester United benefited from signing Edwin Van Der Sar when he was supposed to have been finished. Frankly Cech has a god three or four years left at the very top of his game if he wants it. We can achieve great things with a top goalkeeper like him. In my lifetime we've had Pat Jennings, John Lukic, David Seaman and Jens Lehmann as top class goalkeepers - they all had success. Now we've got Petr Cech to join that list of top class players.
So what does it mean for the other Arsenal goalkeepers? Well silence is golden and David Ospina has remained silent. Wojciech Szczesny and Emi Martinez have taken to their Facebook and Twitter accounts to welcome Cech to Arsenal and both mentioned their desire to "learn from the best". Martinez was said to be wanting to leave to get a game, but this might indicate otherwise. As for Szczesny it's quite a statement from him. Maybe the young Pole has realised he has plenty to learn before he is as good as he maybe believed himself to be. At the same time it is a mark of great maturity and a tremendous attitude. Far from being put out at the arrival of a top player in his position he is ready to take everything on board and develop further. At the same time, with two of the three senior goalkeepers having their say, and the rumours of Fenerbahce having a deal in place for the quiet Ospina, I think we will be waving goodbye to the Colombian. He's done well for us since Christmas, but he is at an age where he has done his learning and developing and wants to play. When all is said and done I'm not sure he's better than Szczesny really in any case. For me it's "thanks and goodbye" to Ospina.
Quite apart from the improvement to the squad that comes with the signing of Cech there is the statement of intent that this further reinforces from Arsenal Football Club. In the last four Summer's we have signed World stars in Lukas Podolski, Mesut Ozil, Alexis Sanchez and Petr Cech. Gone are the days of Gervinho's and Chamakh's. The times have changed for us Gooners and it's beginning to look more positive all the time. A couple more top signings and we have a squad capable to beating Chelsea and Manchester City to the Premier League Title next season. 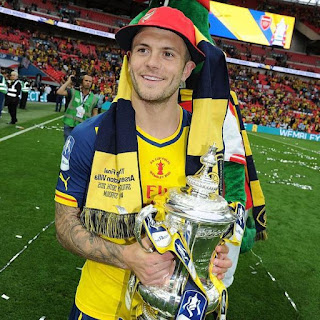