Past and present, Why Arsenal won't keep getting lucky 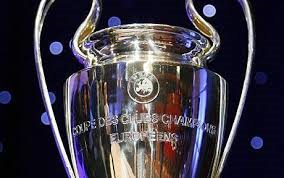 
The Champions League returns for Arsenal tonight. A great many Gooners seem overly confident that we will qualify comfortably for the quarter-final by beating Monaco. A look at Monaco's defensive record in the group stage makes that confidence look a little silly. Yes, Arsenal should beat Monaco, but that doesn't mean that it will happen. Aside from the games against Man City, Stoke and Aston Villa there has been very little from Arsenal to inspire such confidence. We've been on a very good run of results, leaving aside the defeat to Spurs, but the performances have not been fantastic. More on that below. We should also remember that Monaco beat Arsenal in pre-season, albeit with a goal from Falcao who isn't there anymore.
The visit of, and to, Monaco brings Arsene Wenger up against the club with whom he first tasted success - it would be wrong to say he made his name there as he was still "Arsene Who?" to all us ignorant English football fans when he arrived at Arsenal. It provides the craved "narrative" that the media cling to in football nowadays in order that they can hype a game for TV. No doubt it will provide nostalgia for Arsene Wenger, and it seems he is still revered in Monaco for what he achieved with their football club. However, it should have little bearing on the players involved, let alone the supporters. This is not George Graham returning to play against Arsenal, or Kenny Dalglish taking Blackburn to Anfield, or Brian Clough arriving at Derby County as boss of Nottingham Forest. Let the media indulge in their hyperbole, and hopefully Arsenal can concentrate on playing the game.
The European Cup remains the one trophy that Arsene Wenger would like to win above any other, of that I'm certain. Considering the quality of the Arsenal side from 2001 to 2006 it is an incredible anomaly that he hasn't got one in the bank. However, a record of just two appearances in the semi-final (one successful, one not) in nearly twenty straight seasons in the competition is an indictment on the failings in Arsene's management. Whether it's a lack of tactics, a lack of luck (which has certainly been true on occasion), or a lack of bottle from the players (also true) he has failed to deliver in Europe. The arrival of Monaco in the last sixteen, while not a pushover, certainly gives Arsenal and Wenger their best opportunity in years to progress to the latter stages. Arsene's past meets Arsene's present, and it might have a huge bearing on Arsene's future.
I went to Crystal Palace on Saturday and was happy to come away with the win. But what I saw is something that is becoming all too familiar and unless something changes is going to cost us important points. Arsenal didn't play particularly well. Our passing was poor for most of the game and we failed to control Crystal Palace enough. The hard work of Welbeck, Alexis, Coquelin and Monreal shone out above all else from an Arsenal point of view. We got 2-0 up before half-time, were maybe fortunate with a decision or two (though Clattenburg was certainly not favouring our players by any stretch of the imagination), and for all that we hadn't played well we were pretty well in control. The only thing that was genuinely concerning me at half-time was the amount of free-kicks we were conceding near to our penalty area as you felt Palace would get the delivery right at some point. Still, an early second-half goal would kill the game.
Instead of that early goal what we got is something that seems to be getting habitual for this Arsenal team. Just as they did against Leicester, and against Brighton, and against QPR, and against West Ham, and against Liverpool they decided to sit back and hope that they'd get something on the break. We nearly did just that as Ozil and Alexis combined in the second-half, but why make life so difficult against inferior opposition? Never give a sucker an even break. One goal puts us under pressure (at Anfield it meant a last minute equaliser). This is where Arsene Wenger puts the wrong mind-set on the players.
The substitutions on Saturday were ridiculous again. In taking off Welbeck he removed one of our outlets, took away pace going forward, and an extra six-footer from the defence of set-pieces. To bring on Kieran Gibbs to play in midfield simply sent out a further defensive message. Then he took off  Alexis to put on an extra centre-back and we sat on the edge of our own penalty area, allowing Palace to pile everything forward. They got their goal by scrambling home from a corner, and then Arsenal simply fell apart. Ospina appears no better than Szczesny (his diving header was utterly ridiculous) while Mertesacker no more leads the team than I do. From the kick-off we gave the ball back to Palace and got ourselves in to some kind of 5-5-0 formation with nobody going towards the football. Calum Chambers is totally out of his depth in the Premier League and was nowhere near stopping another ball from wide in to the box. From my view in the ground I couldn't see the ball hit the post (considering the ticket was £40 you could see very little from the away section at Selhurst Park - an utter disgrace to be charged that much for such a badly obstructed view of the pitch). We got the win, but with no small fortune. And it was so unnecessary to be in that position. In the same way that Tottenham won't keep on getting late goals to rescue points, we won't keep getting away with letting teams in to games we are in charge of.