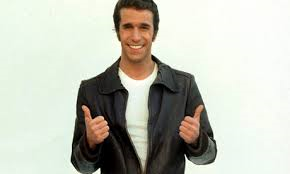 It's alright this supporting Arsenal, isn't it? Since the abysmal performance at Southampton on New Years Day the players and the management have got their acts together. Performances have got better and better, against varying quality of opponents, and we've seen different styles of play adopted to win certain games. If the win at City was notable for the way Arsenal controlled their opponent without the swashbuckling Arsene Wenger football of old, then the second half on Sunday against Villa showed this team can play the exciting stuff too. Perhaps the most refreshing thing about Sunday, albeit against a poor opposition, was that Arsenal put together a 5-0 win without Alexis. We'd been constantly accused of being over-reliant of the Chilean before Christmas, but Sunday underlined what nonsense that is.
I spend a lot of time on this site moaning and criticising. Most of that is warranted as far as I'm concerned. Arsene Wenger is the usual target. I still believe that his best days are long gone, and we'd be better served with someone else at the helm. However, credit is due and I far prefer to be writing something happy than something angry. The motivation, at least for now, seems to have returned for the players over the last month. They're going on to the pitch in the right frame of mind, regardless of the opponent. The pressing and hard work in evidence from almost every player is making us too good for our opponents at the moment. By closing down properly we are winning the ball back much better, often in good areas of the pitch, thus allowing us to break and hit the opposition with pace and movement - the superior technique drilled in to his players by Arsene comes to the fore in those situations. There has been far less of the pass, pass, pass game and more of the pass, pass, shoot game. It's no coincidence that we have scored a nice few goals recently. We could easily have had more. And there was even a wake-up call to a few players at Brighton when they let the work rate slip a bit and allowed themselves to come under pressure unnecessarily.
The January transfer window was, for once, satisfactory. We brought in a centre-back as we needed to. I don't know anything about Gabriel. He might turn out to be a disaster of Stepanovs proportions. However, in the absence of being given a chance to show otherwise I'm happy to wait and see. If he plays as ugly as he looks then we've got a new Martin Keown in the squad which is not something to be upset about.
I would have liked us to have still gone and got that beast of a midfield player, but Francis Coquelin is currently a breath of fresh air in that area of the pitch. I have long wanted to see Coquelin given his chance at Arsenal, and I still don't understand why it's taken so long. I don't buy the idea that he was sent to Charlton for experience. He was on his way out and was only brought back to Arsenal because the injuries gave Wenger no option. So far it has been a stroke of fortune for the Manager, but I'm more than happy with that. It's too early to suggest that Coquelin is the answer to our ills, but he's more than doing his job at the moment. I like Flamini (unlike many) as a squad player, but he is really not up to that particular job on a regular basis. The emergence of Coquelin and the signing of Bielik probably mean that Flamini is in to his last few months as an Arsenal player but, as a free agent, he has more than done his job these past two seasons. What it all means for Jack Wilshere is a matter for another day (I'll be writing about Jack later in the week).
This Saturday's game at Tottenham is another big test. I'd be happy enough with a draw at this stage. Not losing is the most important thing. If we are to get that result then Mesut Ozil can't play at White Hart Lane. He's got a couple of goals and an assist in his two starts since injury but he is still not interested in the physical side of the Premier League. His style will be completely out of place in an away game at Tottenham. Is that something that's acceptable in a £40m player? Of course it isn't, but that's the situation. I'll be very worried if he plays ahead of any one of Alexis, Oxlade-Chamberlain, Rosicky, Welbeck or Walcott this weekend (assuming the fitness or otherwise of any of those players).
All in all it's been a very positive last few weeks. If you can't be happy with the way the team has been performing, regardless of any feelings towards Arsene Wenger, then there is surely something wrong. Had we beaten Manchester United (as we should have done) we'd be 8 points behind Chelsea right now and probably getting excited. As it is we are left to lament a poor first half of the season. We have to keep this momentum going now and try and finish as high as possible. It might end up a case of "what if" at the end of the season, but let's just concentrate on Saturday before worrying about where we'll be come May. This is the week to dangle the bait at the Spurs fans and see if we can get any bites (hoping that we end up with the result on Saturday).
Posted by DvbrisG at Tuesday, February 03, 2015