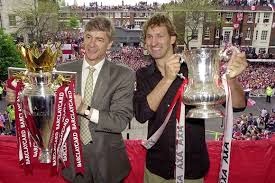 I keep reading and hearing that the next eleven days will shape Arsenal's season for good or for bad. I fully understand that. However, for me the next eight days are the important ones. I can disregard the Bayern Munich game on the grounds that I don't believe we are likely to win over two legs against the best side in the World. That's not to say that Arsenal can't or won't beat Bayern, but I just think the European Cup may be an unrealistic target when we hope to go for other things closer to home. For me, I would always rather win the FA Cup than the European Cup because it means more to me. I grew up with the FA Cup. I didn't grow up with Europe as English clubs were banned from when I was aged six. Give me a win over Liverpool a week on Sunday, and a trophy at Wembley in May ahead of one in Lisbon, thanks very much (though you wouldn't hear me moaning if we won the Champions League!)
So, as far as I'm concerned, two matches against Liverpool and one against Manchester United will go a long way to deciding if we have a chance this season to end the famous trophy drought. A draw at Anfield tomorrow would be perfectly acceptable at the moment, as long as it is followed by a win against a decidedly average Manchester United. The FA Cup match must be taken seriously by Arsene Wenger, regardless of the proximity to the Bayern match (his line-up in the previous round at home to Coventry indicates that Le Boss won't be "sacrificing" things this season). At the end of the day the FA Cup still represents our most likely chance of winning something. With Chelsea and Man City drawing one another there is even less quality to be beaten in what follows. Whoever does win our tie with Liverpool will have to fancy their chances to go all the way.
If Arsenal were to lose the next two Premier League games then I dread to think what effect it could have on the remainder of the campaign. It would certainly add massive pressure to the FA Cup tie the following Sunday. Putting the various scenarios together it's obvious just how crucial the next week is going to be. We can't win anything over the next eight days, but we can certainly lose just about everything.
If we are to be getting results in the next three fixtures then one or two things must change from recent displays. There has to be more pace in our game and there has to be more conviction and effort. Since Christmas there has been a lazy nature to the way Arsenal have gone about their business on the pitch. With the exception of the Spurs game in the FA Cup there has been little to inspire in the performances from Arsenal. My hope is that the players have been pacing themselves, conserving energy in the knowledge that massive tests lie ahead. These massive tests begin tomorrow at Liverpool where things will have to be stepped up. If we can put in a performance like the one against Tottenham then we will beat Liverpool again tomorrow. This is an opponent that still fields Kolo Toure, aged 48, at centre-half. My hope is that Tomas Rosicky is selected to play with Ozil moved wide in front of Sagna. I believe the pressure that Rosicky creates high up the pitch with the way he backs up Olivier Giroud is crucial in big games. The same will apply on Wednesday against Man Utd.
So much is at stake over the next eight days. We won't "know" what the end of the season will hold by next Sunday, but we will maybe have a much clearer idea. I would be able to accept (I think) finishing a close second to Man City or Chelsea, but winning the FA Cup (or European Cup) as a very good season for a team that was finished after the first game against Aston Villa. I will enjoy the next eight days, provided we get the results we need. After all, I don't watch Arsenal to be entertained. I watch Arsenal to see them win. If they do that then I've had all the entertainment I require from a football match.
Posted by DvbrisG at Friday, February 07, 2014