What is Pearce's problem? 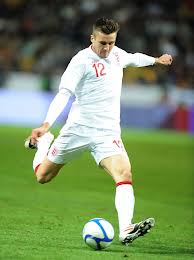 How can The Corporal not be in U21 squad?


It has long been obvious to me that Stuart Pearce has a problem with Arsenal and with Arsene Wenger. This has manifested itself in the awful way Pearce has treated Arsenal players involved with his England Under 21 side. Theo Walcott was the first victim and it has worked its way through Jack Wilshere, Kieran Gibbs, Alex Oxlade-Chamberlain and now on to Carl Jenkinson. I find it amazing that Fabio Capello and Roy Hodgson have allowed some of their brightest prospects to be humiliated by someone as intellectually incapable as Stuart Pearce.
Going back a few years Pearce forced Theo Walcott to attend the Summer tournament for which his side had qualified. Theo could clearly have benefited from resting his young body after a season in which he had suffered an array of injuries and played a fair deal in the Arsenal team. Having been made to schlep out to a tournament nobody cares about Pearce decided he would drop Theo. He then publicly criticised him. Ultimately he had to bring him back in order to progress in the competition. A few months later Walcott would score his hat-trick in Croatia for England, but my abiding memory of watching that match was hearing Pearce constantly bellowing at the Arsenal man from the bench. Setanta's pitchside microphones were clearly close to the England dugout that night and it remains a mystery as to why Pearce was berating a young lad in the process of scoring three goals.
Jack Wilshere, you may recall, made his England debut immediately following his loan spell at Bolton. Capello fielded an experimentally young side in a Wembley friendly and Gibbs also made his international bow that night. A month later Wilshere was back with the Under 21 squad but Pearce made it his business to publicly embarrass him. Jack was left out of the starting XI for the childrens side, just a few weeks after playing for the full England team. When questioned about it Pearce told the media that Wilshere had "taken his eye off the ball." In other words Pearce decided that it was his job to bring Jack down to Earth. Just who did Pearce think he was? If Wilshere had lost some focus then it was Arsene Wenger that would be responsible for pulling him up a bit lively. In the following game, with qualification for the latest insignificant championship in the balance, Wilshere was brought on as a substitute to save Pearce's bacon and set up a couple of goals to ensure England got through. Jack returned to the full squad but Pearce wanted to insist on him going to the Summer tournament as he had with Theo Walcott. Fabio Capello stopped that from happening, and Jack was then out injured for more than a year with stress injuries. Pearce has been making noises about Wilshere having to go with the under 21s this year, but Roy Hodgson has stepped in and made it clear that he will not be playing kids football again for England. Kieran Gibbs was also used only sporadically by Pearce, even excusing his injury problems, as a succession on mickey-mouse players from lower division clubs were used in his stead.
The latest person to suffer from Pearce's anti-Arsenal, anti-Wenger, attitude is Carl Jenkinson. The Corporal made his England debut in November, but was not included in the latest squad - he has not played too often for Arsenal since then with Bacary Sagna back in the side following his injuries. However, that does not explain his absence from Pearce's side. Even following injuries Jenkinson was not called up. I am amazed that Hodgson has not stepped in to bring Pearce in to line. How can a player that was good enough for full international honours just two months ago be considered surplus to requirements for the under 21s? Would not the other young players in the squad benefit from the presence of a man with Champions League experience? It is utterly ridiculous, but sadly indicative of the attitude the cretinous Stuart Pearce displays towards Arsenal players. I am amazed Pearce survived the cull at the end of the Capello era, and I just hope Hodgson soon realises he should get rid of this clown as he provides nothing of benefit to England whatsoever. At least Jenkinson doesn't have to spend a week with Pearce, I suppose, but it's unfortunate for him to miss out on recognition of his ability.

Before I sign off I'll just link to yesterday's post as it may well have been missed by many. Sadly I published at just the same time as Arsenal re-launched the official website. In doing so they re-published everything from the last two weeks and saturated the NewsNow feed at the expense of sites like this. The new website looks cheap and nasty and is difficult to navigate, which is sadly illustrative of the malaise of Arsenal FC right now. Nevertheless, you can get yesterday's post by clicking this link - it's worth it just for the idiot Stoke fan in the comments section.
Posted by DvbrisG at Wednesday, February 06, 2013