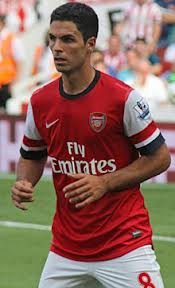 
It's very difficult to write about Arsenal's continuing woes from different angles. I am at great pains to avoid constantly saying the same thing about the Manager. Things are not going to change on that front any time soon so there's little point in continually banging that drum. That being the case, let's talk tactics. Actually, considering this Arsenal team has none of those, we'll talk about playing style instead.
The defeats against Bradford and Blackburn were humiliating. I'm sure Arsene Wenger felt that humiliation as much as the rest of us. However, I reckon the embarrassment of the Bayern Munich defeat on Tuesday might possibly have a larger effect on the Manager. Of course a loss was not unexpected. But the ease with which the Germans won the game must have resonated with Wenger. He would love to win the European Cup more than any other competition. We should have won it in 2006, regardless of Lehmann getting sent off (Henry's one-on-one bottle-job and Fabregas being replaced by Flamini in the moments just before the equaliser were the things that were most costly that night). We should have won it in 2004 when the players ran out of puff against Chelsea. We should have won it in 2008 when Walcott ran the length of Anfield, only for a bent referee to hand Liverpool the win. What Tuesday night proved, however, is that Arsene Wenger and his team are as far away from this trophy as we've ever been. If that doesn't shake things up then nothing will.
Anyone who has watched Arsenal over the last couple of years (maybe longer) will know that a team that is organised and committed in defence will find it easy to stop Arsenal. When we had players like Vieira, Bergkamp, Pires, Petit and Fabregas we had players with the ability to unlock a packed defence. Those players also had the benefit of each other and strikers like Anelka, Wright, Henry or Van Persie (or runners off the ball like Ljungberg) to worry the defence in to having to mark people in numbers. With the ability we had, and the threat we carried, space would open up for someone. Those players then had the necessary quality to take the chances more often than not. What we have now is a team lacking in the quality to create the space and the imagination to find the gaps. In short, with the exception of Jack Wilshere, we are simply not good enough.
Watching Arsenal is becoming more and more frustrating. In the second-half against Bayern Munich we showed a decent bit of effort, something that was seriously lacking in the first-half (with the notable exceptions of Ramsey and Wilshere, and the hopelessly isolated Walcott). However, despite pushing Bayern back in to their own half, there was never a real threat to their goal. Bayern Munich were simply organised and committed. Arsenal quickly ran out of ideas and reverted to the square passing that is now a feature of our play in every game. I can think of no other team whose centre-backs see so much of the ball. We hardly ever seem to go forward. I can pretty much guarantee that whenever the ball goes to Mikel Arteta then it will not be followed by an attempt at an incisive pass. Arteta has an incredible pass completion rate, but so did David Batty and Ray Wilkins. I pointed this out over a year ago in defence of Alex Song. People used to complain that Song neglected his apparent role as the defensive midfield player. The fact was that, had Song not been more attacking, then our midfield would have gone nowhere last season. I can't generally complain about Arteta's work ethic, especially in the role he is being asked to play right now, but it does nothing for us. In injury-time on Tuesday he played the ball back and forth to Mertesacker three times. We were 3-1 down at home for God's sake!
Jack Wilshere is the only man that seems to want to move us forward (don't talk to me about Cazorla as I am getting seriously fed-up with what is becoming a very passable impersonation of Arshavin). The problem for Jack is that he doesn't have Robin Van Persie up front to supply the finishing touch to his undoubted enterprise. Theo Walcott spent 70 minutes against Munich watching the two giants marking him head the ball away as another "move" from Arsenal ended with a high ball towards one of our shortest players.
Then we have Olivier Giroud coming on and playing a role to which he is more suited, but who lacks the ability in front of goal. As with the game at Chelsea, our opponents responded to a glorious opportunity missed by Giroud with a goal of their own. All strikers miss chances, but top class ones tend to score more often than not. I like Giroud. I think he'd be a fine squad player. But he is not good enough to be the only striker at a team that claims to be a major power. That being the case, should we not make the most of what we have got and give him some help?
It seems clear to me that this team will benefit from a change in formation. It doesn't matter how we do it, but we must play two up front. If we can't defend, and we certainly can't, then we must go forward properly. Watching Blackburn and Bayern Munich and AC Milan defend in numbers this week it has been a real lesson as to how bad Arsenal are at protecting their own goal. Wenger will not change that. But if he would just decide to attack properly it would do us all a favour. We could play 4-4-2 or 5-3-2 and it would make a massive difference. How about this team, for example:


I can't help thinking that this is a move that would make us more dangerous. We'd be giving opposition centre-halves something to think about for a start. Three centre-halves would give us more solidity at the back (in theory) and the midfield would be more competitive.
You'll notice I don't have Szczesny as automatic choice in this side and that is because he is generally no better than Fabianski. I would have no problem with seeing the older Pole back between the sticks for the rest of this season. He certainly couldn't be any worse, could he? Szczesny has talked a good game for a long time, but the evidence is more and more obvious that he is full of hot air and not a lot else. Any goalkeeper can make a save or two. The best ones don't make mistakes week after week. As bad as the defending is, the goalkeeper is no help to them in this Arsenal side.
Change is required. As I said at the start, it's not going to happen in terms of who is in charge. But it sure as hell needs to happen on the pitch. Maybe Wenger should swallow some pride and realise that his Barcelona inspired formation is now a hindrance to Arsenal.