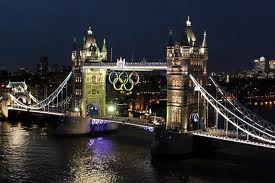 No more of this - down to business


The Olympic Games in London comes to an end tonight. It's been a magnificent two weeks to be British. I was never one of those who disagreed with us hosting the Olympic Games, but I have still been surprised by its success. I was of the opinion that I would never again see it in my lifetime, but such has been the success of London 2012 that I hope there may be another successful bid in the not too distant future. Everything from the stadia to the transport links to the belated presence of the armed forces has been a complete triumph. I hope the rest of the World has been able to see how good this country is at hosting major events. I also hope FIFA's executives realise what they're going to miss out on in their chase of filthy money elsewhere.
The passing of the Olympics comes one week before the Premier League season gets started. The Community Shield takes place today at Villa Park (Wembley is still dressed in its Olympic livery). I have never known less fanfare for the start of a football season, especially since Sky TV came on to the scene. As I wrote the other day, the footballers have been put in the shade by the great achievements and modest pride of the British Olympic champions. Usain Bolt may not be particularly modest, but for me his conceit is laced with the same sort of charm and tongue-in-cheek nature of Brian Clough or, the man he has replaced, Muhammad Ali. That remains in stark contrast to footballers with big egos - when someone like Robbie Savage believes himself to be a star then something is wrong.
Arsenal complete their preparations today with the last friendly of the Summer out in Cologne. Pre-season has not gone well on the pitch for Arsenal. We all know that Arsene Wenger is not keen on the long-distance commercial jaunts, and the cancellation of the game in Nigeria (which was a blessing, in my view) will not have changed his mind. The results and performances on the tour of Asia will also not have pleased the Manager. Some will say that the most important part of pre-season is the fitness aspect, and that results do not matter. To a certain extent that is true, but the way the team defended in those games gives massive cause for concern.
At Cologne we will get our first glimpses of Lukas Podolski, Olivier Giroud and Santi Cazorla as Arsenal players. We might also get our final view of Robin Van Persie. I doubt Van Persie will start the game as Wenger would have to either strip him of the Captaincy or let him continue in the face of his stated desire to leave. I'll be interested to see what reaction the travelling Gooners give to Van Persie is he is involved today. Somehow I reckon it won't be as warm as the one he got at West Brom back in May.
The new signings will be a little bit under-cooked going in to today. I don't expect very much from any of them, and I doubt they will play more than an hour, at the very most. Arsene has a decision to make with his line-up - does he put the team he is planning to use against Sunderland out on the pitch together today? Given that it is likely to include three new players I would see it as important that the group at least have some time getting used to each other.
Today will be a very special day for Lukas Podolski. Our star German is a hero at his boyhood Club. He will get a rousing reception on his return to the Rhein Energie Stadion. I think he could probably be excused if the day passed him by a little. However, the team as a whole need to put down a marker ahead of next week - get people to sit up and take notice. Cologne were relegated last season, despite a stellar campaign from Podolski. That being the case they should not be able to beat Arsenal. Last year we were fairly comfortable against them after two debut goals from Gervinho. I expect to see more of the same this afternoon. Seven days to go.

I'll do a match review tomorrow.