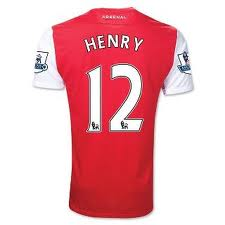 
So here we are then, with just twenty-four hours to go until Arsenal provide us with the great anti-climax. I have a very real fear that things are not going to go well tomorrow evening. I can see disaster lurking in the shape of our visitors from Yorkshire. The return of Thierry Henry has caused us Gooners much excitement, but his role tomorrow will probably be as a sub, thus killing the match atmosphere before it even starts. There is no logical reason for my thinking the game will pan out this way, but since when has anyone been able to apply logic to a game of football?
The FA Cup represents Arsenal's most likely route to silverware this season. It stands to reason that, with only six games needing to be won (out of a maximum possible ten thanks to the ludicrous lack of replays in the semi-final and final), this is the "easiest" of the trophies we have still to play for. With a fortunate draw (on paper tomorrow's game is one of those, the next round would not be - Aston Villa await the winner) and with a small amount of luck you can win the FA Cup. For all our failings in recent seasons it can not be argued that we have enjoyed a great deal of that. Okay we used up a fair bit in winning the Cup at Cardiff in 2005, but since then there has been no four-leaf clover hanging over Arsenal Football Club.
Given what I have just said I want to see a pretty much full-strength team tomorrow. Yes, you should be able to get away with resting one or two (and RVP will certainly not be playing) but this is the Cup, and we are playing against a Club with a massive following who will be vocal in the extreme tomorrow evening. I want to see Szczessny, Mertesacker, Koscielny, Song, Ramsey etc all involved from the start. We have a lack of defenders so there is a chance one of our regular centre-halves will have to play, but it will probably be alongside Squillaci, which brings its own perils. Ignasi Miquel will likely get a game on the left with either Coquelin, Yennaris or Hoyte coming in at right-back. Most importantly I see Manuel Almunia making the most amazing comeback since Lazarus and playing in goal.
I have stated many times that I believe Almunia to be the second best goalkeeper at Arsenal, but his errors of the past have made him a marked man. When he has played in the past two years every touch has been greeted with gasps, or sarcastic cheers. Every error has been met with vocal derision. Gradually Almunia has been destroyed, his frail mental state beaten down by the fans. Too many people fail to support players like Almunia, and seemingly can't wait to take pleasure from an error that costs us a goal. I don't get that mentality. If Almunia does play tomorrow he will get my support, simply because he is wearing an Arsenal badge on his chest. The same will apply to Squillaci - I don't think he's good enough, but he deserves my encouragement simply by virtue of putting on a red and white shirt.
Up front we will have a mixture of Arshavin, Chamakh, Park and/or Chamberlain. I really don't see Wenger starting Henry. We've already had the "he is two weeks away from full fitness" nonsense (he's only here for six weeks for God's sake!) If Arsenal get off to a bad start tomorrow, or if Arshavin is lazy, or if Park and Chamakh miss a chance or two, the crowd will start to get on at them. The chanting for Henry will become louder. This will do the players on the pitch no good at all. With the Leeds fans supporting their side so well it will only serve to unsettle the players. That is why Henry should be on from the beginning, as Captain.
Maybe I'm being too negative but, from what I've written here, I'm sure you can now understand why I fear the outcome of tomorrow night's game. A loss against Leeds and the season is probably going to lurch from one disappointment to another as we move towards May. A win and we live to fight another day and another game.
One more word of warning - Leeds have a guy on loan from Spurs called Andros Townsend. He played last week and was, by all accounts, a bit handy. He may have a name like an ITV cretin, but his Spurs' association would be a headline writers dream, and this is the FA Cup, where odd things happen - they haven't really happened to us too much since 1992 at Wrexham, so let's hope we're not lamenting a catastrophe on Tuesday morning.
Posted by DvbrisG at Sunday, January 08, 2012