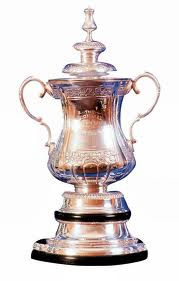 
I suppose we should have expected it really. Following yesterday's great news about Bacary Sagna I should have known that the powers of Satan would conspire to pass wind in our faces today. And so it is that we hear that Jack Wilshere has suffered a "setback" in his return from injury. It really couldn't be much worse news for Gooners. I think a lot of us, and I certainly include myself in that, had rather pinned our remaining hopes for the season on Jack's return, and the psychological lift and improvement in quality that it would bring. At the moment there is no indication of how serious it is, but I would suggest that suffering pain while simply jogging is not a good sign when you're coming back from a stress fracture. I certainly get the impression that Arsene Wenger is extremely worried about the young genius. It really is a massive blow to Arsenal and our chances of getting back in to that top four this season. I suppose we have to hope it's not a serious problem and will not delay his comeback next month. But this is Arsenal and we have no luck whatsoever when it comes to injuries. Get well soon Jack, we seriously need you.

The other news from the Club today with regards to the players is quite positive. Arsene used his press conference to confirm that Henry, Arteta, Sagna and Coquelin will be part of the eighteen on Sunday against Aston Villa. The FA Cup represents our best (only) chance of silverware this season. In recent seasons we have failed to deliver in the Cup as Wenger has shown the competition less and less respect. Given the high stakes now involved in actually getting a pot in the cabinet come May I think we might see a bit of a change in philosophy. I'm fairly certain that there will be very few fringe players taking the pitch on Sunday. Having said that, I have no desire to see Sagna rushed back in to the starting eleven. With Coquelin and Yennaris both around there is simply no need to hurry things. I would even be tempted to play both of them (with Coquelin at left-back) and move Vermaelen in to the centre alongside Koscielny. There is no doubt that TV5 looks out of place at left-back (and somehow got away without a slating for the way he defended for United's opener last week), while Coquelin's pace would be competition for whoever Villa put in to that wide area.
In midfield I think we will see Arteta back, with Ramsey dropped - the sight of the Boyo being outpaced by Ryan Giggs last week was an embarrassment. That would leave Wenger with a decision on who to play as the attacking point of the midfield three. I suspect he would go with Rosicky in there, but I wouldn't mind seeing Arteta getting his chance in the position he prefers to play. Arteta, as regulars here will know, is not someone that impresses me. However, he has been playing a role that is strange to him. I'd be interested to see how he fares when finally given the playmaker role.
Wenger has some big decisions to make up front, and this part of his selection will tell us once and for all how he is prioritising the FA Cup this year. Personally I want to see Van Persie, flanked by Chamberlain and Henry. As far as I'm concerned there is no place for Arshavin and Walcott in this team right now. Will Wenger "risk" RVP, or will he put him on the bench and give Henry or Park a run in attack? The fact is that we must win the FA Cup or end another season empty handed. That being the case, would you really leave out the best striker in the Country?
Aston Villa will cause us problems, make no mistake. They have pace in their team with Agbonlahor coming back. I also really rate Albrighton who has not played as much this season as I would have expected. In Darren Bent they have a man who regularly scores goals. Yes, he misses his share of chances, but you don't get a goalscoring record like his if you're no good. He reminds me a bit of Andy Cole in that regard. In defence they have a decent pair of rugged centre-backs who, when they play well, are an outstanding combination.
One more thing to say about Aston Villa is that they have Alex McLeish as their Manager. Everyone knows that he is a complete joker. The man is a cretin, and no mistake. He is the man who defended the indefensible when Eduardo had his leg shattered. However, he is also the man that seems to have something of a sign over Arsenal. His Birmingham team became a fairly constant irritant following the Eduardo incident, culminating in the Carling Cup Final debacle last February. I would love to see us get one over on McLeish and put four or five past his team. I don't really see that happening, but you've got to dream.

Just before I wrap up I want to thank all the people that have come to the site in the last 24 hours. We have had over 18,700 hits on here, which is just short of the most ever. The site was the second most popular on Arsenal's NewsNow feed yesterday, and that is great. I hope that those of you that were new to It's MY Arsenal Opinion enjoyed what you read, and that you might keep coming back to read my ranting on Arsenal. You can also follow the blog on Twitter (@ARSENALDvbrisG) or by joining our group on Facebook - just search on there for It's MY Arsenal Opinion. Thanks again.

I'll try to get a match review done when I get home from the game, late on Sunday evening.
Posted by DvbrisG at Friday, January 27, 2012