Good one to miss Theo, TA6 is FINALLY back home at Arsenal 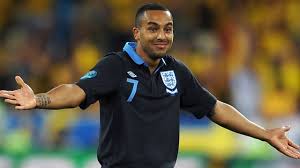 I started this site on the eve of the 2010 World Cup in South Africa. My first post talked about the "awful" England squad that had been selected. On June 27th that year I wrote a post in which I described the England squad performance as "a national disgrace" following the thrashing they got at the hands of Germany in the second round. I also wrote in the same post that Theo Walcott had not missed out in the circumstances after he had been left out of the squad despite playing a key role in the qualifiers. Now I sit here, six years on, and England have again disgraced themselves at a major tournament and Theo Walcott was once again left out having played a huge part in getting them there. Now I am not so much of a revisionist to start claiming that Theo had played well enough for Arsenal to warrant a place on this occasion. However, given that Hodgson chose to play a system incorporating attacking players in wide areas you'd have to question his decision to leave out both Walcott and Andros Townsend. Instead he chose to employ his best striker, Daniel Sturridge, wide on the right and never did find anyone to play on the left. You could hardly blame Theo if he was sitting at home on Monday night, and really throughout all four England games, with a huge smile on his face. If he is still at Arsenal next season, or even if he has moved on, then Walcott should never have a bigger motivation to perform than he has been given by Hodgson's snub.
Of course there is the usual rubbish being spouted by the journalists and the ex-players, all of whom have been very wise after the event. As is par for the course we find "too many foreign players" being bandied about as a reason for English failure, totally overlooking the fact that England didn't even qualify for the World Cup in 1974 and 1978, and have never come close to winning any tournament outside England except Italia 90. The fact is that, without superior foreign talent in the English game, the product would be absolutely awful. English players are, by and large, bang average at best. Perhaps a more salient point is that, where the top nations have players who have expanded their horizons by playing abroad (and been good enough to do so), we rarely see English players even trying their luck in other leagues, never mind being a success. Steve McManaman certainly did so, and yet he hardly ever got a decent run in the England team. Purely and simply England are not very good. Kevin Keegan, Tony Woodcock, Trevor Francis, Gary Lineker and David Beckham are about the only English players in modern times to have done really well abroad (don't give me any nonsense about Waddle whose success was fixed at Marseilles).
The other British teams, and Ireland, are proud of what they've achieved, and Wales may yet achieve more. Northern Ireland, for whom just being in France was a cause for celebration, ought to have beaten the Welsh on Saturday. They dominated most of the play but paid for their lack of a really good striker to exploit their dominance. Also, for once, their set-piece delivery was severely lacking and it cost them a place in the quarter-final. Wales, and Aaron Ramsey, will have to play a lot better if they are to get anything out of a suddenly far more impressive looking Belgian side on Friday.
For Republic of Ireland the win over Italy a week ago was the undoubted high point of the campaign. Having said that, they had France on the ropes for a while on Sunday but just fell apart slightly in a five minute spell that Griezmann and Giroud exploited brilliantly. The Irish players were just about out on their feet in the final 15 minutes and France should have scored more, but that would have been supremely harsh on the Ireland team. 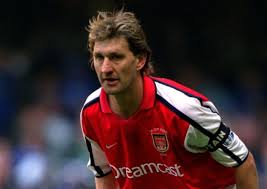 On to more important stuff and things are starting to get going in pre-season at The Arsenal. The under-21 players were back yesterday and sporting the new training gear - it's not particularly nice overall but I might invest in a pair of the shorts. The thing that grabbed me from the training photos is the lack of shin-pads these lads wear. It's the same in first-team training. Given that the way they all train is pretty much "full contact" it beggars belief that the players are allowed to go on to the pitch without shin-pads on. Is this how the likes of Jack Wilshere and Samir Nasri have ended up with broken bones in recent years? You have to wonder.
On a much happier note it has been revealed that Tony Adams is finally once again employed by Arsenal. It seems that the youth development branch of the club is keen to imbue our youngsters with the Arsenal way. As a result the under-18's will be managed by Kwame Ampadu, assisted by Thierry Henry and Tony Adams. Three Arsenal men overseeing the next generation has to be a good thing as far as I'm concerned, though it's a tough job for Kwame to be the boss of two of the greatest players in the history of Arsenal.
It's great to see TA6 back involved where he should be. I'm fairly sure I wouldn't ever want him to be Manager of the first-team, but I would certainly endorse him being added to the backroom staff involved with the senior players. There has, in recent years, been a cowardice and a lack of effort among numerous Arsenal players. The most obvious examples, in my view, have been Arshavin and Ozil, and perhaps Theo Walcott too. Can you imagine Arshavin would have got away with the way he moped about on the pitch had Tony Adams been waiting for him in the dressing room? The fact is that the players would be going out on to the pitch in the first place with a totally different mentality if Mr Arsenal was in there kicking their a***s before matches. What exactly do Neil Banfield and Boro Primorac do? Come to that, what exactly does Steve Bould do? We know Arsene doesn't like confrontation, and he seems to enjoy being surrounded by grateful "yes men", and that kind of explains why people like Adams and Keown and Henry and Vieira and Bergkamp have not been part of the set-up. Hopefully Tony's return to the club, even at a junior level, is a sign that the times are changing. It's wonderful to see.
The first team players that have not been involved in international tournaments start to return next Monday. Something to really look forward to now!
Posted by DvbrisG at Wednesday, June 29, 2016