Arsenal are deliberately cutting off the next generation 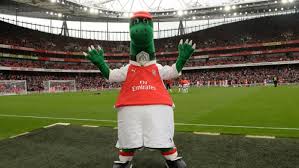 It may have totally escaped your attention (it had certainly escaped mine until a few weeks ago) that Arsenal have, in the last couple of years, altered their policy with regards to Junior Gunners once they are too old to be members anymore. Historically (or ever since the new membership levels were brought in) Junior Gunners would go on to join the Cannon Club before automatically being given Silver Membership. Given that Junior Gunners and Cannon Club effectively have the same access to tickets as Silver this made a lot of sense. It also meant that the future match-going core support should be secure for generations to come. I enrolled both my children as Junior Gunners as soon as they were born and I was content that they would have no problems getting to see Arsenal as they grew up and eventually became adults. What Arsenal have done now is to abandon this policy. They have done this, officially, because there are already too many Silver Members to meet demand and the number available is capped.
The problem Arsenal gave themselves was that they were keeping a Silver level waiting list where people who are on Red would eventually move in to Silver and gain the access to tickets that the higher band brings. Of course, the constant addition of Junior Gunners made this in to a glass ceiling as nobody on the waiting list would ever be likely to move up to Silver. Arsenal, of course, were making money out of this with no chance of that progression being made. Instead of abandoning the waiting list, or at least reducing it, Arsenal has taken the decision to stop Junior Gunners from moving to Silver Membership. In short, once they get to sixteen, former Junior Gunners can join the Red Membership and the waiting list for Silver. This is a scandal.
I first became aware of this via Twitter a few weeks ago. A friend has since sent me an email he received from Arsenal to "explain" why his son would now become a Red Member. I have copied the relevant content below and it makes for the usual Arsenal bull**** reasoning and contains more holes than a Dutch cheese:

I can confirm that XXXX membership has been renewed as a red member as XXXX membership is set up on a direct debit.  XXXX will be sent a new membership card before the start of the new season; therefore, he should amend his address as soon as possible.
XXXX cannot progress straight to a silver membership due to the terms and conditions of the Junior Gunner/Cannon Club being amended.
A change was implemented two seasons ago to position Cannon Club Members into the Silver Membership Waiting List based on the date they joined rather than their age.  This decision was made following feedback from fans who feel strongly that the club should be rewarding longevity with the Arsenal Membership Scheme.  In 2012, the Membership Terms & Conditions were updated for the new season to reflect this progression for all Junior Gunners (clause 8.4).   All Terms & Conditions thereafter outlined the progression for Junior Gunners. These are updated every season before supporters renew their Membership.  All affected Members renewing into Cannon Club for the first time received a renewal email which pointed them to the Terms & Conditions.
The number of Silver Memberships available is capped.  Spaces within this level of Membership only become available when a current member decides not to renew the following season.  With the fantastic support and following we have from our fans, it is unfortunate that we cannot offer everyone the Membership type they wish and we need to have a fair and robust system designed for all fans.
By placing Junior Gunners/Cannon Club Members on the Silver Waiting List in chronological date order of when they joined the scheme, alongside Red Members; this ensures the Silver Waiting List remains fair to all Members with no Membership level receiving priority or fast tracking the process.
Those Members who join at a young age will continue to be rewarded ahead of those joining the Membership scheme at an older age due to the number of years on the waiting list they will accrue as a Junior Gunner or Cannon Club Member.
If you have been offered a Red Membership when expecting Silver I can understand the disappointment caused, however I hope I have explained the rationale for this and our intention to make the system fairer for all members at all levels.  If you choose to join Red Membership you will remain on the chronological Silver Membership Waiting List from the date you joined the Arsenal Membership Scheme.  Should you choose not to renew your Membership unfortunately you would lose your place on this waiting list.
Cannon Club members had a very short wait compared to other fans, whereas now they will be treated exactly the same as all other Member types. I would like to reassure you, we very much still value the support of our Junior Gunners and Cannon Club Members and continue to offer a great proposition for our young fans.
Red Membership offers the same great benefits as Silver Membership.  The only difference is the ticket purchasing window. Red Members can purchase one month (instead of two months) prior to a fixture and there are a minimum of 3,500 tickets available for every Premier League home match. Even more tickets are available through our Ticket Exchange Service – last season over 70,000 tickets were made available through this service.
We take our responsibility to our fans and all supporters of the Club very seriously.  It can be a very difficult process and task at times to try and reward all Members support fairly.  Whilst I appreciate this does not change your personal circumstances in this case, I hope it demonstrates we do not take these decisions lightly and consider a wide range of fan views in our review.
Everyone at the Club values all supporters’ commitment to the Club and the Membership scheme and we believe this is the fairest way to ensure that all supporters are rewarded for their longevity as an official Member of The Arsenal.

The idea that ex-Junior Gunners/Cannon Club members enter the waiting list chronologically based on when they joined The Arsenal seems to be honourable at first look (or as honourable as such a stupidly despicable move could be) but it leaves out an element of truth. Or does it uncover a different lie? When it comes to Cup Final tickets Arsenal tell us that longevity of season ticket holders can not be taken in to account as they don't have the membership records from before the stadium move. However, they claim that the former Junior Gunners/Cannon Club, who may have been members of The Arsenal for 18 years, will join the waiting list based on when they became members. How can they do that if Arsenal's membership records only go back as far as 2006? Either they do hold those records and they are deliberately misleading loyal fans when it comes to going to Wembley, or they don't hold the records and are telling fibs about how ex-Junior Gunners will accede to Silver Membership.
Whichever way you look at this it is a mistake by Arsenal. Junior Gunners, if they are to get a seat in the Family Enclosure, have to be accompanied by a Silver Member. Fair enough in many ways. However, in 15-20 years from now no Junior Gunners will be able to get a seat in the Family Enclosure as their Mum and Dad will still be on the damn waiting list! This is as about as short-sighted in terms of the future of Arsenal's support as you can possibly get. It is crazy and it is stupid. No doubt there is some other underhanded money making initiative at play within all of this - that is the Kroenke way after all. As for the platitudes about valuing our support and Red and Silver having the same benefits they might as well not bother with the lies.
Any football club is only there because of the supporters. Without us the club dies. Arsenal Football Club has taken a decision to cut off a large proportion of its future support. That is a dangerous and contemptuous road to go down. Gazidis and his people should be ashamed for sanctioning such a move.
Posted by DvbrisG at Friday, June 17, 2016