Time to come back, Joel Campbell - better than Sanogo BUT... 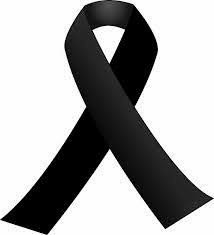 It's been three weeks since I wrote anything. When I last put fingertip to keyboard I was looking forward to the World Cup and how I would pass comment on the events there. I had a busy couple of days with work after that post, and then went to Lord's to watch England play cricket. On the Sunday, the day after England lost to Italy I went out to play cricket myself, with the full intention of writing about the impact Joel Campbell had made for Costa Rica in the game that was on before England the previous evening. However, just as my cricket was about to start I was called to the edge of the pitch to be told that a colleague and close friend of mine had died. I spent the rest of that day in something of a daze, making and taking phone-calls to pass on the awful news I'd been given about Steve.
In the intervening fortnight I have not been motivated in the slightest to write about the World Cup, or anything else. I've been surprised at the effect Steve's death had on me, not realising quite how good a mate he was. Working with the same people every day develops a bond that you maybe don't recognise until it's torn away by this kind of tragedy. Together with my team at work we've had some hard days in these two weeks, culminating with his funeral last Thursday. Steve, a bloke in his early 40's and with no outward signs of ill-health, leaves behind a wife and two young children. To say he is missed, and will continue to be missed, is an understatement. I tell you all of this simply to explain why there has been nothing on this website since 9th June. Somehow, writing about teams and players I have no more than passing interests in really didn't seem worth it.

So now I am back I am going to talk about Joel Campbell, just as I had intended to two weeks ago. The tone of the piece might not be quite as excitable as it would have been after Costa Rica beat Uruguay, however. I have to say that following that match I was genuinely thrilled at what I'd seen from Campbell. He dominated the Uruguayan's that evening and deservedly scored one goal and made another. He looked quick, strong, skillful and apparently wasn't afraid to go for goal. All of a sudden Arsenal might have a talent on their hands. Having watched all of Costa Rica's matches I will now temper that a little bit, not because Campbell hasn't been pretty impressive throughout, but because the style of his game is perhaps different from the impression gleaned in their opening game.
Last night when I was watching Costa Rica it became more and more obvious to me that Campbell is a "back to goal" sort of striker, much like Olivier Giroud. What I mean by that is that most of his best work comes when facing the ball and his own defence. He's a very effective player when it comes to winning the ball and holding it (apart from when he's absolutely knackered like in extra-time yesterday) and his superb first-touch allows him to bring his midfield in to the game. If I had a criticism of him against England it was that he was coming far too deep to get on the ball, lessening his obvious impact high up the pitch.
When he gets on the ball Campbell is always looking for the available runner. I could see him linking well with Theo Walcott or Aaron Ramsey, for example, but he then doesn't much seem to have the desire to attack the penalty area for the return (again, a bit like Giroud at times). I think I'm yet to see him make a run off the shoulder of the last defender which limits him as a goal scoring option. His absolute best qualities I've seen so far is his weight of pass and ability to find the angle to make that pass - two or three times last night he played super balls in behind the full-backs for the likes of Ruiz to run on to.
So he's like Giroud, with a better touch but possibly without the goals (at this stage). But he's also a massive improvement on what we saw of Yaya Sanogo last season. There isn't the awkwardness on the ball or the flailing of arms and legs that you get when Sanogo is on the run. I'd be far more confident that Campbell will produce some end product than I would the young Frenchman at this stage. He is certainly worth a punt this season as a proper member of the Arsenal squad. The problem for me is that he is not the sort of forward that will play to the strengths of Mesut Ozil. Having passed on Fabregas the side needs to be built with players that can bring the best out of Ozil. Centre-forwards who play facing him are not what Ozil wants or needs. He requires a centre-forward and wingers that will run on to exquisitely delivered through-balls or crosses from wide. As it stands we have only Theo Walcott who plays like that, and he is almost always injured.
In short I'd be happy with Joel Campbell as genuine competition to Olivier Giroud, but a genuine goal scorer is required if Arsenal are to challenge for the Premier League next season. Put that type of player on the field with Ozil (or with Giroud/Campbell for that matter) and Arsenal will create enough to be very dangerous indeed.

France and Germany are both in action this evening so there is potential for plenty of Arsenal interest. I'm still waiting for Ozil to be the World Cup player he was four years ago - if he sparks then Germany will walk this tournament. More tomorrow if the Arsenal players have been involved.