They hate to see us winning 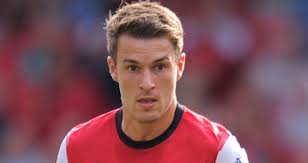 "Arsenal got a penalty, you say? For shirt pulling? Since when has that been penalised? If we're giving penalties for that then we might as well give up on the game."

The double standards displayed are extraordinary. Hansen appears to still be bearing a grudge for Michael Thomas' last minute winner 24 years ago. I don't begin to understand what Tony Gale's problem is but he is getting more and more anti-Arsenal with every TV appearance he makes. Hansen and Lineker even accused Martin Keown of bias towards Arsenal on Match Of The Day last night, shortly followed by Hansen putting 3 Liverpool players in his team of the day (they drew 0-0 with bottom of the league Reading yesterday). Sky's Goals On Sunday programme this morning, presented by that World Class talent Chris Kamara, tried to say that all of our goals should have been disallowed!
All of this rabid anti-Arsenal sentiment is a sure sign that we are winning football matches. The cretinous media personalities can't stand it when we are doing well. George Graham used to use that hatred of us to fire up the players. Wenger and Bould should do the same. They want us to fail. They want us to come up short. It's vital that the players make sure it doesn't happen.
The win yesterday, and the way it came about, put me in mind of a game at QPR in November 1990. We'd struggled to break them down, conceded a goal and everything seemed to be going away from us. The players showed a terrific will to win that day, as yesterday, and came back to win 3-1. For Oxlade-Chamberlain you could read Kevin Campbell's impact on that game in 1990. It was certainly very similar.
There is no doubt we'll have to produce a much improved display against Everton on Tuesday, but the spirit and character on show yesterday will also be crucial over the next month. If we could win our next two games it would be absolutely massive before a difficult finish against four teams who all have something to play for.
Posted by DvbrisG at Sunday, April 14, 2013