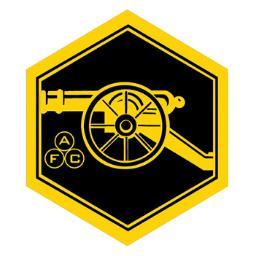 It's MY Arsenal Opinion supports The Black Scarf Movement


I'll keep the preview of the game pretty brief as there really isn't that much to say. Arsene Wenger has stated the need to pick up maximum points at home over the next month so hopefully the players are taking some notice. Theo Walcott has to undergo a fitness test after Wednesday and Lukas Podolski might be back following a chest infection. Bacary Sagna is doubtful while Laurent Koscielny is definitely out. To be honest it doesn't much matter who is available and who is not, Arsenal simply have to win.
I really hope that Wenger realises he needs to be more attacking for a game like this. That means not selecting Aaron Ramsey to play out wide. It means possibly playing more than one man up front so that Olivier Giroud gets the necessary support. I'm amazed that he has failed to see how good we looked going forward when Giroud came on to play alongside Marouane Chamakh at Reading. Chamakh is much criticised, and clearly forgotten by his Manager, but he got two goals last time he set foot on a football pitch. I fail to see how he has not been worthy of getting a run out, at least from the bench, on occasion since. The fact that we have not had a centre-forward on the bench in the last few games is a disgrace for Arsenal, but it is a sign of how Wenger is forcing Chamakh out of the Club.
Swansea were unlucky at our place last season when we won through a rare error from Michel Vorm. Down in Wales they pretty much outplayed Arsenal in one of our worst performances (and there were many bad ones) last season. I really expected them to struggle this term after losing Rodgers to Liverpool, but Michael Laudrup has made some excellent signings and the Swans are going along okay. Michu is the signing of the season for me, thus far, and Arsenal will have some work to do defensively against him. I still feel they're weak in defence and if Arsenal put their passes together going forward, rather than square or backwards, we have a chance to create against Swansea.
One final thing to say about tomorrow is that Mark Clattenburg will be refereeing. Regular readers will know that I don't like referees and I believe many of them are actually corrupt. I don't rate Clattenburg either, but I hope he gets a nice reception tomorrow in view of what he has had to deal with these last few weeks. Chelsea disgraced themselves again, but their behaviour could have destroyed Clattenburg. He has handled himself quite brilliantly through all of this and Chelsea should be having points deducted in my view.

I will not be joining the Black Scarf Movement on their walk tomorrow. As it happens I can't make the game because of work, but even if I was going I wouldn't be in the protest. I have long felt that such protests are the preserve of Club's like West Ham or Newcastle, who simply aspire to being a big Club. However. I am in support of the Black Scarf Movement and I wish them success tomorrow. I do not agree with all of their objectives, which you can read at www.wherehasourarsenalgone.co.uk , but I believe they are about to play an important role in making Arsenal sit up and take notice of its supporters.
The stated aims of the group are available the website and they make for interesting reading. There is a clear appreciation of the history and values of Arsenal Football Club, an appreciation borne of years of going to games home and away.
Among the things I don't agree with is the desire to remove Peter Hill-Wood. Yes, he is a doddery old fool these days whose public outings in the press often lead to embarrassment. However, I do not see the point in wishing to remove a man who is Chairman of Arsenal in name only. Mr Hill-Wood has no power at Arsenal whatsoever. He is a figurehead for the Club and that is all. Personally I believe a Hill-Wood should always be on the Board at Arsenal as it was ever thus from when we came to North London. Sir Samuel Hill-Wood became Chairman of Arsenal when Sir Henry Norris was banned from football, and the family has helped to run Arsenal, in the "Arsenal Way" ever since. I don't see how forcing out Peter Hill-Wood would get us "our" Arsenal back. Perhaps he is at fault for selling his remaining shares to Stan Kroenke, but David Dein brought the American to Arsenal and anyone clamouring for Dein's return should remember that.
Having said all of that I believe there is a lot to be in favour of. There can be no doubt that supporters, and by that I mean those who go and pay their money, have been treated with more and more contempt by the Club we love. We are "customers" or "consumers" to Arsenal. We have become people who Arsenal feels it can continue to fleece for high admission prices while failing to reinvest that money in to the team. That has to stop and this sort of protest is how the message will be put across.
The dissatisfaction at Arsenal has led to a massive groundswell of support for the BSM and this has now garnered the backing of other fans groups. I think it is massively indicative of the growing feeling that Red Action, the closest of these groups to the inner workings of the Club itself, has given BSM its official support tomorrow. There is a chance that such an act could see Red Action could find its "cosy" relationship with Arsenal under serious threat, but such is the feeling among supporters that they are taking that risk. Ivan Gazidis has cancelled tomorrow's Supporters Forum meeting and I am fairly certain that is not a coincidence - he is concerned about the support tomorrow's march is going to have.
The BSM makes it clear on its site that it is not a "Wenger-out" group. They do not believe in that sort of pressure and they do not believe in boycotting games - they are supporters, after all. That, again, is something I am all in favour of. Yes, I want a change of Manager, but I never want to see supporters of Arsenal clamouring in organised protest for the removal of our Boss. We saw it in the early 1980's when Terry Neill was forced out, and that must never happen again. That sort of thing really is the preserve of West Ham and Newcastle, and is something nobody at Arsenal should ever aspire to.
I don't expect the Black Scarf Movement to achieve all (or maybe any) of its aims, but by drawing attention to the issues they are doing Arsenal supporters a service. Much of what they are after is what people I speak to also want. The fact that their support is growing, and their profile in the press this week has risen, tells me that Arsenal will be getting a message tomorrow. Where it goes from there we will wait and see, but I would like to see Mr Kroenke and Mr Gazidis starting to pay heed - you do not want to drive away the life-blood of the Club, especially if success on the pitch continues to elude us. Only the hardcore support wants to watch a team that can't win, and that certainly won't involve the tourists that populate the Emirates at a lot of games these days. Arsenal are getting a warning from their fans. Please take note Stanley.
Posted by DvbrisG at Friday, November 30, 2012